Short Cuts: “The Art Of Richard Thompson,” a documentary about one of this era’s best cartoonists 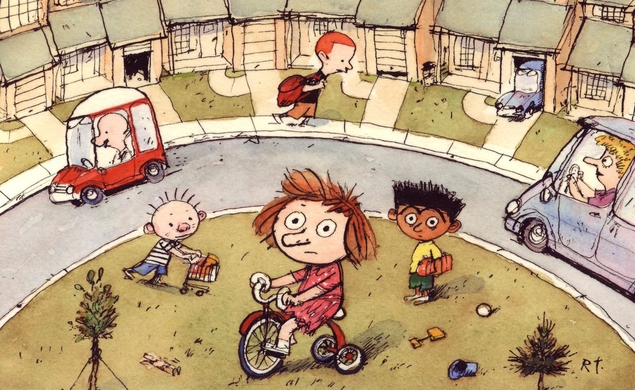 If the 2000s were the 1980s—when millions and millions of people still read both newspapers and newspaper comics—then cartoonist Richard Thompson might well be a semi-celebrity, mentioned in the same breath as Berke Breathed, Gary Larson, and Bill Watterson. Instead, when Thompson launched his daily syndicated strip Cul De Sac in 2007, he mainly reached the small, devoted remaining audience of comics fans, who flipped for Thompson’s shaggy drawing style, quirky characters, and gently odd sense of humor. Then Thompson was diagnosed with Parkinson’s, and took a break from Cul De Sac, before retiring for good in 2012. He ended his career having completed a half-decade of the best comic strip of the 21st century, along with years more of outstanding illustrations and cartoons. “Richard could take anything and turn it into a piece of art,” one of his former magazine clients says.

The interview with that client appears in “The Art Of Richard Thompson,” a 21-minute documentary short produced by the Washington D.C.-based video company GVI, and directed by Bob Burnett. The film features testimonials from Thompson’s closest friends at The Washington Post, where he worked for decades, and interviews with Thompson from 2010 and this year—the latter of which finds Thompson stooped in a wheelchair, with heavily impaired speech. But “The Art Of Richard Thompson” isn’t meant to be maudlin or pitying. It’s intended as an appreciation of an artist that not enough people know. In an interview with Michael Cavna in the Post, GVI’s president Andy Hemmendinger says that when people see the film, they “respond to his work and wonder why they haven’t seen it before.” If nothing else, “The Art Of Richard Thompson” is loaded with Thompson’s cartoons and sketches, assembled in a way that makes the case for him as one of the greats.