Lars von Trier has sobered up, but may not be able to continue making films 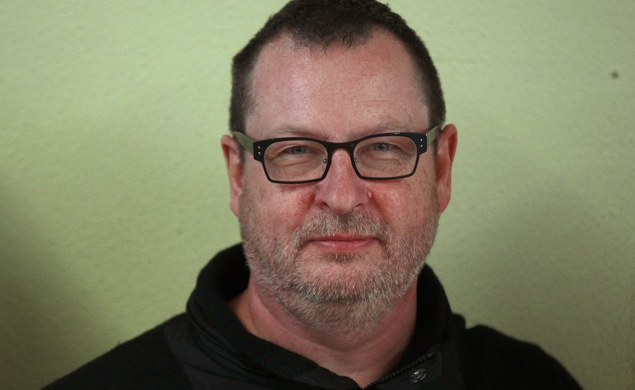 Danish troublemaker Lars von Trier entered a self-imposed vow of silence back in 2011, after that whole kerfuffle where he described himself as a Nazi and admitted that he felt simpatico toward Adolf Hitler while pimping Melancholia at the Cannes Film Festival. The man with the word “FUCK” tattooed on his knuckles decided that maybe public relations wasn’t his strongest suit, and ceased all interviews and other public statements. Until very recently, that is. Von Trier recently sat down with the folks at the Kultur section of Politiken, a prominent Danish newspaper. For those among us who skipped out on the mandatory week of Danish lessons that all American schoolchildren must pass before entering the third grade, The Guardian was gracious enough to provide a translation. It’s rather troubling.

The director revealed that he’s recently received treatment for addiction to alcohol and unspecified drugs. He went on to say that Nymphomaniac was the first film he’s made while clean and sober, and that he’s conceived and directed almost all of his other projects while under the influence. The details, while not entirely surprising, are still shocking: von Trier claimed that he requires an entire bottle of vodka to enter a “parallel world” where he’s capable of creative thought. He purported to have scripted the entirety of 2003’s Dogville over the course of a single 12-day binge, in contrast to the titanic Nymphomaniac script, which he completed only after 18 months of strenuous work.

More worrisome still, von Trier seems to believe that sobriety has sapped him of his artistic powers. In the Politiken interview, he expressed his fear that having forsaken controlled substances will result in “shitty films.” He continued, saying, “I don’t know if I can make any more films, and that worries me. There is no creative expression of artistic value that has ever been produced by ex-drunkards and ex-drug addicts. Who the hell would bother with a Rolling Stones without booze or with a Jimi Hendrix without heroin?”

We’re calling out to you now, Lars von Trier, to implore you to understand that it doesn’t have to be this way. For starters, plenty of hard-living directors have cleaned up and continued to do phenomenal work. With Robert de Niro’s support, Martin Scorsese kicked his coke habit near the tail end of the 1970s and coped by sinking every ounce of his pain, self-loathing—every last drop of his life force—into the Kamikaze filmmaking methods that brought the world Raging Bull. Of course, the first priority must necessarily be the man’s well-being, and if he can only remain functional by leaving cinema behind, so be it. But great filmmaking can and has been done by reformed directors. Deprive not the world of Lars von Trier, Lars von Trier.