It begins: Behold the Best of 2014 lists from Sight And Sound and Cahiers du Cinéma 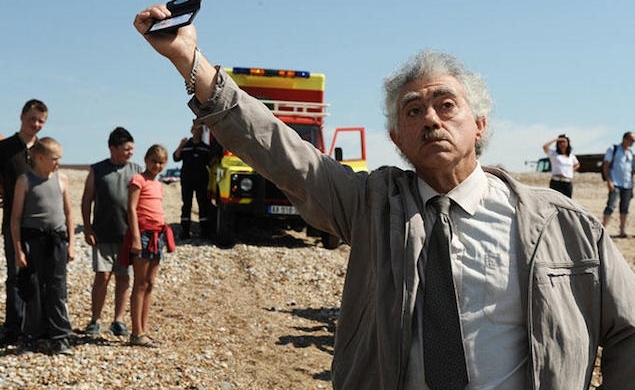 Phrenology has been effectively cemented as pseudoscience, and yet surely there must be some region of the brain devoted entirely to the making of numbered lists. Maybe it’s the tidy sense of order, maybe it’s a fun jumping-off point for spirited debate, or maybe ranking stuff releases a neurochemical that can passably re-create the sensation of happiness. All that’s known is that the annual deluge of year-end top 10s from estimable publications gets film buffs’ mouths watering like Pavlov’s dogs. And though the Internet will just have to hang tough for another few weeks for the only Best Films of 2014 list that matters (ours), two august institutions from overseas have already levied their decisions on the cream of the year’s crop.

France’s Cahiers du Cinéma, one-time home to canonized critic André Bazin and writing from New Wave stalwarts Francois Truffaut and Jean-Luc Godard, published its choices last week. Unimpeachable icon of highbrow film analysis it may be, Cahiers apparently isn’t above a little good-natured nepotism; Godard’s Goodbye to Language 3D took the No. 2 spot, with fellow Frenchman Bruno Dumont’s Li’l Quinquin at the tippity-top. Between Under The Skin, Maps To The Stars, and Nymphomaniac, the folks at Cahiers found plenty of room for English-language features as well, though Love Is Strange’s Ira Sachs represents the only American-born director to crack the top ten.

Sight And Sound, the British Film Institute’s monthly magazine and the pre-eminent source for criticism in the U.K., also submitted its choices while greasy-fingered Americans were busy gnawing on turkey bones. Richard Linklater’s Boyhood nabbed the top position, a selection that a handful of critics have decried as obvious on social media—the counterargument to that being that it only feels obvious because Boyhood is wonderful and everyone loves it. But some curious inclusions snuck onto the list as well. The Wolf Of Wall Street tied for the 11th spot, which may seem strange considering its 2013 release date, but the BFI takes all films with a 2014 overseas debut into consideration. On the whole, American productions gave a respectable showing: Birdman, Scott Tobias’ favorite movie in the whole wide world, made it to No. 16, while Whiplash and The Grand Budapest Hotel also appear.

You can see the full lists below, complete with links to reviews or festival coverage when available. (We’ll track you down sooner or later, Li’l Quinquin.)