Steve McQueen announces his follow-up to 12 Years A Slave 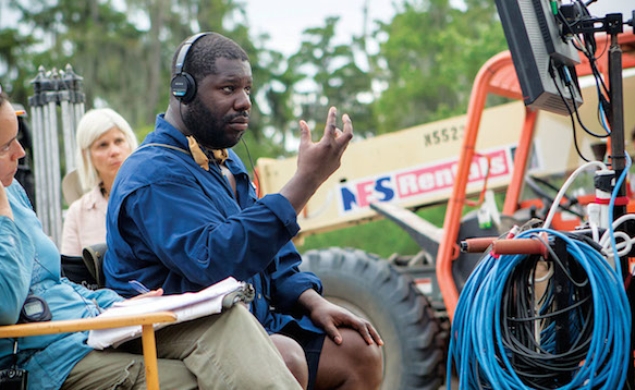 Oscar-winning director Steve McQueen has laid relatively low since his Best Picture win last year for 12 Years A Slave, but the filmmaker and artist appears to finally be ready to share his next film project with the world. The Guardian reports that, during a recent on-stage chat at New York’s Hidden Heroes Awards, McQueen revealed his next project: A biopic about American singer, actor, and civil rights crusader Paul Robeson, who passed away in 1976.

The film is a passion project for McQueen—which seems a little redundant when discussing McQueen’s work, as the filmmaker appears to only be interested in creating projects that personally speak to him, a trademark we hope he never abandons—and one that he wanted to make previously. He shared, “His life and legacy was the film I wanted to make the second after Hunger…I didn’t have the power, I didn’t have the juice.”

Now he’s got the juice.

McQueen has been enthralled by Robeson for most of his life, having discovered his work at the tender age of 14, when he first learned about Robeson’s visits to Wales during the Spanish Civil War and his various demonstrations against the Nazi party. McQueen reportedly had a kindly neighbor, a Mr. Milton, who “used to give McQueen books and articles he thought might be of interest, and one day put a cutting about Robeson through his parents’ letterbox.” McQueen has been a fan ever since. This new film will not even be his first work of art dedicated to Robeson; he previously used the icon as part of a visual art piece titled End Credits.

As The Guardian notes, “The son of an escaped slave, the young Robeson excelled at virtually everything he turned his hand to. Abandoning a legal career after experiencing severe racism at work, Robeson embarked on an acting and singing career that earned him worldwide fame...During the McCarthy era in the US, Robeson was denounced as a communist, blacklisted from film studios and concert venues, and refused a passport to travel abroad. Though it was reinstated in 1958, his career – along with his mental health – had been brutally curtailed.” He sounds like the perfect McQueen subject.

Harry Belafonte, Robeson’s friend and contemporary, will reportedly join the director in his latest creative endeavor. McQueen shared with The Guardian, “We get on like a house on fire…I never thought I’d make a new friend, and a man who is 87 years old but I’m very happy, he’s a beautiful man.”

Belafonte’s exact role in the feature—producer? perhaps something to do with the music?—has not yet been disclosed.

It’s unclear when this project will go in front of cameras, as McQueen is currently busy with his new HBO series, Codes Of Conduct, which just cast its lead actor a mere month ago. Still, whenever McQueen gets around to making his own “dream project,” we’ll be paying attention.