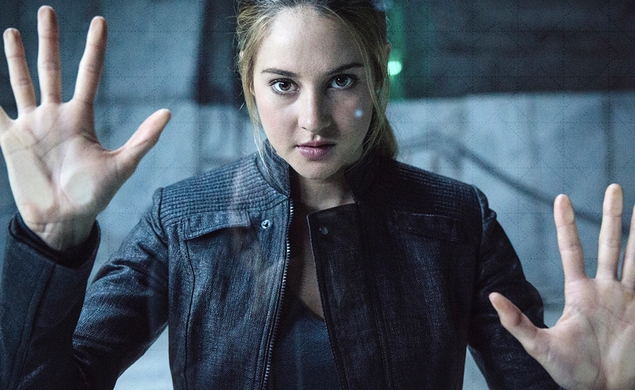 Shailene Woodley may have already achieved “It girl” status in Tinseltown (can we start calling it “Tinseltown” again? It’s just so glittery!), but that doesn’t mean the actress has greedily grabbed up every role thrown at her, or run headlong into parts that sounded exciting but didn’t necessarily fit her still-growing skillset. In fact, Woodley has proven to be relatively choosy (and certainly smart) when it comes to her roles as of late, peppering her resume with well-received teen dramas like The Spectacular Now and The Fault In Our Stars and a blockbuster YA franchise (perhaps you’ve heard of the Divergent series?), but it may be time for the starlet to move towards slightly more adult fare.

Does it get more adult than an Oliver Stone drama about the Edward Snowden whistleblowing scandal? We’re going to go ahead and guess probably not.

The Hollywood Reporter shares that Woodley is currently in negotiations for the female lead in Stone’s Snowden film (which may or may not be titled The Snowden Files, depending on who is reporting on the project), which would see her starring alongside the already-cast Joseph Gordon-Levitt. Woodley would play Lindsay Mills, Snowden’s longtime partner, the same one he unexpectedly left in Hawaii in 2013 ahead of his leaking of classified government documents.

Snowden’s partner seemed like a bit of a question mark during the early days of the scandal, but as Laura Poitras’ recent Snowden documentary Citizenfour revealed, Poitras eventually traveled to Russia to join her boyfriend, and the two continue to live there together to this day.

Stone’s film is based on Luke Harding’s The Snowden Files: The Inside Story Of The World’s Most Wanted Man and Anatoly Kucherena’s upcoming novel Time Of The Octopus. (Kucherena is Snowden’s lawyer.) The books cover different time periods of the scandal, with Harding’s book centered on Snowden’s move from his Hawaiian home to Hong Kong, days before the scandal came to light, with Kucherena’s novel picking up after Snowden fled to Moscow and was subsequently stuck in the Sheremetyevo airport for 40 days.

The film is set to start production in January.