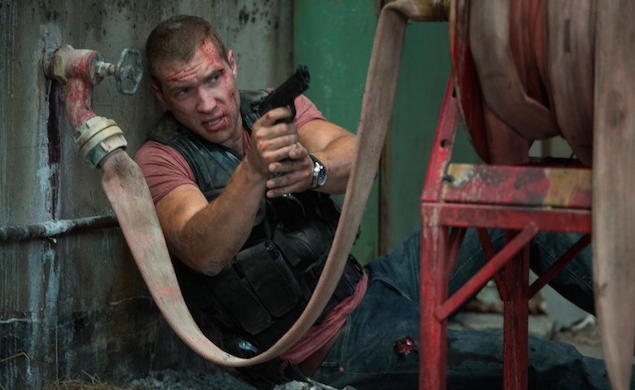 Superhero team-up movies are all the rage these days. From the movie with the space raccoon who wears people clothes and hangs out with the soulful, linguistically limited sentient tree-monster, to that other movie with the big green rage-monster who hangs out with the Norse god and Iron Man, to the upcoming movie where Batman and Superman take on V. from V For Vendetta and new hero Dawn Ofjustice, it seems like everybody’s crapping out $200 million movies where a bunch of superheroes team up to do superhero type stuff.

But a supervillain team-up movie? That is just out-of-control super fucking bonkers is what it is. I mean, one supervillain might be acceptable, but a whole team of them? That’s just nuts. Nevertheless, Warner Bros. is pushing ahead with plans to make Suicide Squad with director David Ayer, a DC-derived movie about a team of notorious supervillains who are forced to join up on a mission for redemption that will probably kill them all (hence the suicide part).

According to Variety, Tom Hardy, Will Smith, Wolf Of Wall Street’s Margot Robbie (she played the girl), and Jared Leto are all reportedly in talks to play various members of the aforementioned self-negation aggregation; Hardy is in talks to play Rick Flag and Robbie to play Harley Quinn, while rumor has it that Smith will probably play Flash antagonist Digger Harkness a.k.a. Captain Boomerang. There’s also been talk that Jesse Eisenberg’s Lex Luthor, the villain of Batman V Superman: Dawn Of Justice, may pop up in Suicide Squad as well.

Now Jai Courtney, whom Variety claims had a breakout role as John McClane’s son in A Good Day To Die Hard (I’ll have to take their word for it, as I cannot remember anything about his performance in it, or anything else about the film, for that matter) is in talks to play Batman villain Deadshot, an excellent marksman with a pronounced death wish; factor in his super villainy, and he’s a natural for the Suicide Squad.

Courtney will next be seen playing Kyle Reese (the role previously inhabited by Michael Biehn and Anton Yelchin on the big screen) in the aggravatingly titled Terminator: Genisys, so between Die Hard, Terminator Genisys, and now Suicide Squad, the young Australian actor is a part of two already huge, and one potentially massive franchise.

Suicide Squad is scheduled to hit theaters in 2016. There is a chance you will read more about it before then, possibly on this very site.