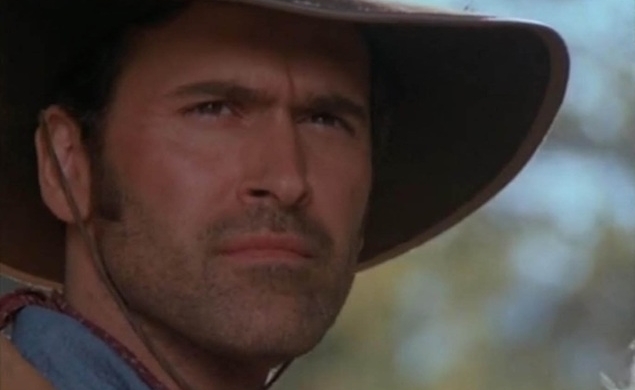 Bruce Campbell makes a steady living as an actor these days, but his true art form seems to be just being Bruce Campbell. He’s a quintessential cult star whose mere appearance for a small cameo in a Sam Raimi movie can be counted upon to inspire Pavlovian delight in his army of diehard fans. Campbell has even written a tongue-in-cheek faux-memoir (Make Love! The Bruce Campbell Way) and starred in a campy B-movie vehicle (My Name Is Bruce) where he played a self-deprecating version of his familiar persona.

Even when Campbell is not ostensibly playing himself, he’s often playing characters with iconic personas of their own, like his turn as a decrepit Elvis in the cult favorite Bubba Ho-Tep. Now Campbell is set to play another larger-than-life character with a pathologically devoted fanbase in the new road comedy Highly Functional, where he will be star as what Variety describes as “a washed-up former country rock star who’s kidnapped by a young autistic man.”

Road comedies are a tricky proposition under the best of circumstances, and the specifics of Highly Functional’s premise make it seem like it has the potential to be an absolute trainwreck. But washed up country stars are always fun to play (hell, Jeff Bridges won an Oscar playing that kind of role for Crazy Heart), so at the very least it should be entertaining to watch Campbell chew scenery.

It was also recently announced that Campbell would be resurrecting his iconic Evil Dead character of Ash for a 10-episode season of an Evil Dead adaptation titled Ash Vs. The Evil Dead, so it sure looks like everything is coming up Milhouse for ol’ Campbell—that is, assuming Highly Functional is not a highly embarrassing boondoggle.