Op-Ed: The Disney Vault needs to be reopened for the HD era 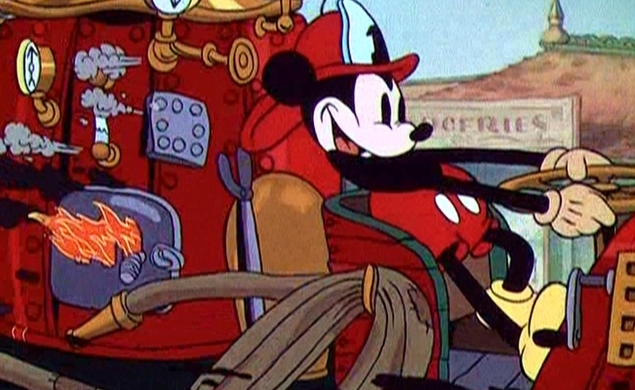 Disney has always had an odd relationship with its past, which the company treats as both its greatest resource and as a zone to which only a few have access. For decades, Disney has re-released its most famous features to theaters about every seven years—often enough, the theory went, to catch a new generation each time around. The rest of the time, they remained in what the company dubbed “The Disney Vault.” (Incidentally, if you can hear the term “Disney Vault” without thinking of this “TV Funhouse” short, that just means you probably haven’t seen it yet.)

The policy, which has been carried over first to Disney VHS, then DVD, and, most recently, Blu-ray releases, makes a certain amount of sense business-wise, creating a sense of scarcity and specialness around films from Snow White And The Seven Dwarfs to Beauty And The Beast. It’s not like the features ever disappeared—well, most of the features, anyway—they just weren’t always at hand. Eventually, they’d all be let out of the vault.

The same can’t be said, however, for Disney’s animated shorts, the cornerstone on which Walt Disney built what would become the empire we know today. Noel Murray has a column today about the old, weird Disney, all of which would be hard to see if it weren’t for Disney’s relatively relaxed policy toward YouTube uploads. But the hard-to-seeness also extends to the many delightful shorts featuring Mickey Mouse, Minnie Mouse, Donald Duck, Goofy, Pluto, and all the other characters still plastered on pieces of Disney merchandise. It’s not that Disney hasn’t continued to use these characters, which live on in everything from the pre-school-targeted Club Mickey Mouse to a series of clever new Mickey Mouse cartoons. But it still seems odd, even wrong to keep so many entertaining cartoons away from the current generation of kids. (And, hey, I’ve road-tested them with my own toddler. They still play beautifully.)

This wasn’t always so: From 2001 to 2009, the double-disc DVD sets of the Walt Disney Treasures series offered thoughtful packages of Disney’s cartoons (and TV shows and bits of ephemera) assembled and hosted with the occasional note of caution about old cartoons not always squaring with contemporary sensibilities by Leonard Maltin. They’re exemplary collections, but their limited pressings often made them hard to track down not long after their release, and they now sometimes go for upwards of $100 on Amazon and in other secondhand markets.

Not only should they be brought back into print, they should be given a good dusting off for the HD era, which has made the features look better than they ever have on home video. Some of the shorts have resurfaced on Netflix and as bonus features on Disney Blu-rays for Snow White, Beauty And The Beast, and other titles, but they deserve a more comprehensive, Disney Treasures-style approach, if not for physical media, then for HD streaming packages of some sort. (Though, ahem, both Pixar and Disney’s old rivals at Warner Bros. have put together nice sets of shorts for Blu-ray release.)

When Frozen played theaters last year it was accompanied by the delightful “Get A Horse!,” a Mickey Mouse short the combined the hand-drawn, black-and-white animation of Mickey’s earliest days with 21st-century computer animation. It paid tribute to Mickey’s long history by letting the past and present live side-by-side harmoniously. The company responsible for it should find a way to do the same.