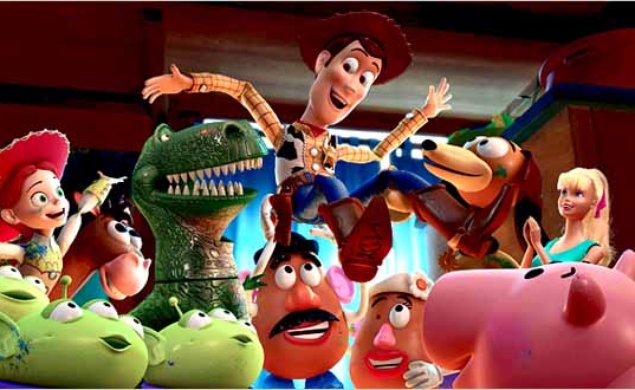 Few film series progressed as wonderfully as the Toy Story movies. What began as a whimsical film about sentient toys and their roles in children’s lives—and, of course, as a showcase for the then-new form of computer animation—deepened with each entry. The 1995 film’s sequels, Toy Story 2 in 1999 and Toy Story 3 in 2010, each addressed what it means to grow up and move on, offering a toys’-eye-view of childhood and of childhood’s end. Toy Story 3 even featured a climax in which the toys stared their own mortality in the eye before ending with a lovely coda that put a satisfying a bow on the trilogy. The end. Let the curtain fall. Everyone involved should pat themselves on the back for creating an all-time great series of films and move on, right?

Wrong: Entertainment Weekly has the news that Toy Story 4 will debut in 2017. The film will be directed by Pixar stalwart John Lasseter, who directed the first two films and has spent the last few years leading an animation renaissance at Disney. That’s good news, probably. On the one hand, who better to find a new chapter in a Toy Story saga that seemed like it reached a natural end than Lasseter? On the other hand, Pixar hasn’t always had the best luck with sequels, with the Lasseter-directed Cars 2 being the first, best example of the issue. Also, it’s yet another Pixar sequel. Those who yearn for the days when each Pixar film was a surprising world unto itself can probably keep yearning. But, imagine if you will, another other hand. (This may require visualizing one of the messed-up mutant toys created by the sadistic Sid in the first movie.) Wouldn’t it be kind of nice to see Woody, Buzz and everyone else again?

UPDATE: Disney's fan club site D23 has some new information. Toy Story 4's story was conceived by Lasseter, Andrew Stanton, Peter Docter, and Lee Unkrich, all considerable names who've had long histories with Pixar and the Toy Story films. More surprising are the names of the screenwriters: Will McCormack and Rashida Jones, actors who previously teamed up to write the well-liked 2012 feature Celeste & Jesse Forever.