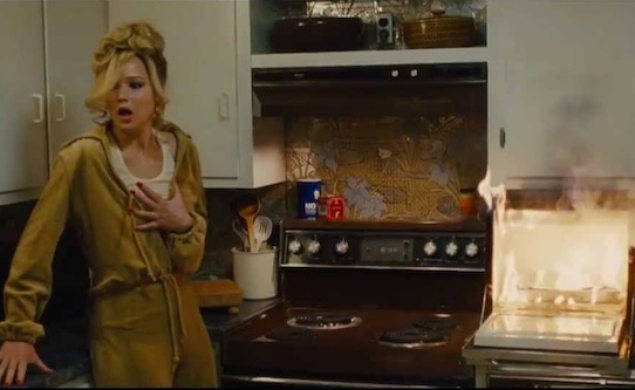 “If Brodeur wins the libel suit he also wants to get his name taken out of future copies of the movie. From a filmmaking perspective, this wouldn't actually be that difficult since we see Jennifer Lawrence's back when she's delivering the line: ‘By Paul Brodeur.’ It would be easy enough to loop in a different name, but it would no doubt rankle plenty of people. Messing with film history, especially for a movie nominated for Best Picture, really riles up movie nerds.”

“If this was anyone else but Christopher Nolan, we might consider it an anomaly. There are tons of logical explanations for the complaints: artistic choice, isolated technical issues, seating location in specific theaters, maybe even broken speakers. But this isn’t the first time Nolan has face such an issue. Remember the prologue for The Dark Knight Rises? Fans couldn’t understand Bane’s mumbled dialogue. Reports that Nolan would fix the mix made the filmmaker very mad. Nevertheless, the audio was easier to understand on final release.”

“As for Glatt, he’s now at Georgetown Law School and running a campaign called Interns ≠ Free Labor. He says he intends to work on other social justice issues that shake up the status quo. ‘I understand why people have become wedded to keeping things the way they are,’ he says. ‘They say, “It worked out for me, so what's the problem?” Yes, the winner of the blackjack table comes out ahead, but mostly the game is good for the house.’”

“Technology exacerbates that. It maps out our lives; gives us milestones to tick off and evidence to show to the world. I think trying to write your own script is a noble endeavour, but social media sites such as Facebook make the possibility of being out of sync with your peer group even more frightening. People feel they must stick to a prescriptive template, that everyone will notice if they are lagging behind. Yet this is an illusion. On Facebook, people generally only share the good stuff. It’s an edited celebration, but it makes others wonder why their own lives aren’t an endless parade of good times and smiling faces. I’m guilty of this too – I’m a avid Facebooker, while my husband hates it. And I think that gender divide is, broadly speaking, quite common. The kind of comparative anxiety that social media can foster tends to affect women more.”

Plus, the rest of today’s biz-ness:
-The Hateful Eight has completed its casting, and yes, Channing Tatum has a role
-Ian McKellen, Danny DeVito, and Sylvester Stallone are now cookies or something
-Matthew McConaughey is taking on a Civil War epic
-Hans Zimmer’s “Time” theme from Inception played on a single cello
-Jessica Chastain can’t campaign for A Most Violent Year