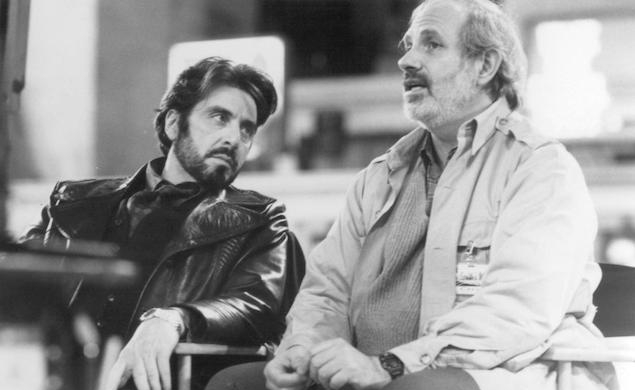 When Al Pacino and Brian De Palma teamed up to remake Howard Hawks’ Scarface in 1983, they created a cultural atom bomb whose aftereffects can still be felt throughout pop culture, particularly where the sartorial and home-decorating choices of rap moguls are concerned. Their follow-up, 1993’s Carlito’s Way, was not quite as influential (what else is?) but arguably an even better, and certainly more mature and sophisticated, look at life outside the law. Now these manly exemplars of Italian macho are re-teaming a third time for another remake, this time of 2003’s The Memory Of A Killer, a Belgian thriller also tantalizingly known as The Alzheimer’s Case. (Because if there’s one word that screams boffo box-office, it’s “Alzheimer’s.”) The story follows a veteran hitman suffering from an advanced case of Alzheimer’s who sets out to destroy a child-pornography ring before his memory gives out completely. ScreenDaily reports that this new version will simply be titled Retribution.

It’s a melodramatic premise seemingly custom-made for De Palma’s blood-splattered style of cinematic excess and the hoarse shoutiness that characterizes late-period Pacino. It’s easy to imagine the material as both a crazily over-the-top melodrama like Scarface and a subtler, moodier character study of an older man in crisis like Carlito’s Way, so it will be interesting to what the film’s tone ultimately turns out to be.

DePalma’s most recent film, Passion, was also a remake of a semi-recent European film, in this instance 2010’s Love Crime, but the director hasn’t had a proper hit since 1996’s Mission: Impossible. But the pairing of DePalma and his Scarface/Carlito’s Way star promises to make this much more higher-profile project than his more recent efforts.

The film’s premise also recalls Dying Of The Light, Paul Schrader’s yet-to-be-released melodrama about a CIA agent with dementia, played by Nicolas Cage, who is ordered to retire yet pursues one last case before his memory gives out. The film recently attracted some unwanted publicity when Schrader, Cage, and co-star Anton Yelchin encouraged people not to see a theatrical cut apparently assembled by a producer against Schrader’s wishes. Hopefully Retribution will turn out better than Schrader’s already famously troubled film.