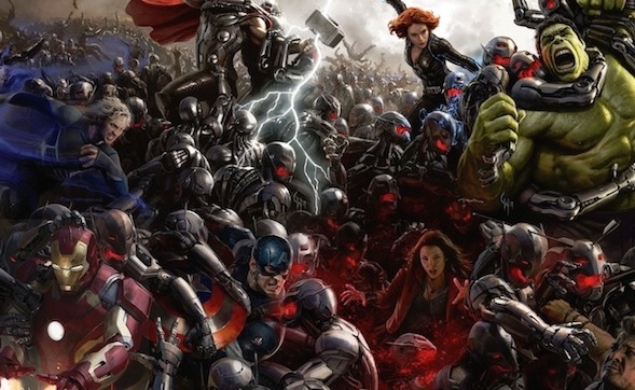 When the first full-length trailer for The Avengers: Age Of Ultron leaked on to the web, Marvel reacted in an amusing, if sage manner: It joked that HYDRA was to blame and immediately pushed out its official version of the trailer. But despite its quick thinking, Marvel isn’t done with the matter, and it’s seeking vengeance on the evildoers that made it happen in the most boring, action-free fashion imaginable: With a lawsuit!

The Hollywood Reporter shares that Marvel has subpoenaed Google to get the goods on the person they believe was responsible for the trailer leak. The outlet shares:

“The entertainment company says in court documents that someone using the name ‘John Gazelle’ posted a file of the film on a Google Drive account. On October 22, a lawyer at Marvel parent Disney sent Google a takedown notice pursuant to the Digital Millennium Copyright Act, requesting that Google expeditiously remove the file.But Marvel wants more identifying information about the alleged infringer. The company is going after the IP address associated with this user's YouTube and Google+ accounts.”

Although it’s unclear if the uploaded file is indeed the trailer in question, Marvel appears to believe it’s found the culprit in this Gazelle guy. And that’s not all, as “according to recent news reports, there’s been circulation of an early trailer of the much-anticipated superhero film as well as a clip of a scene featuring Chris Evans and Robert Downey Jr.”

If you’re interested in reading the entire declaration, you can check it out over at THR.