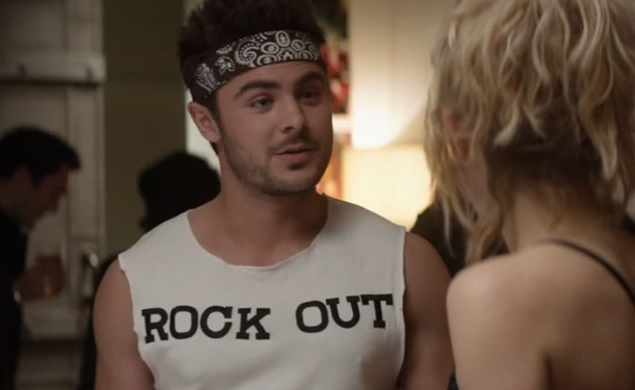 Alert, alert: This is not some weird movie-news version of Mad Libs. Zac Efron is indeed starring in a new film—pardon us, a drama—about the world of DJs, and Warner Bros. has now tossed up the cash to purchase it. Making it rain, Dub Bros, good on ya.

Variety reports that Warner Bros. has purchased the rights to Max Joseph’s We Are Your Friends, which is “set in the world of electronic music and Hollywood nightlife” and will see Efron spinning it up (technical DJ term, obviously) as a young DJ named Cole who befriends “a damaged older DJ” (played by Wes Bentley, because staring at plastic bags does not pay the bills) who then “takes him under his wing.” We’ll take 80 tickets, please, thank you.

Wait, you say, “Max Joseph”? Surely not the Max Joseph who is the best thing about Catfish: The TV Show? Yes, fans of fake reality television about people who lie about their names and number of tattoos on the Internet, that exact Max Joseph. The film is Joseph’s feature debut, and it already sounds like the best possible thing that could happen during a Catfish hiatus.

“I couldn’t be happier to have Warner Bros. releasing my first feature film,” Joseph commented. “Having their passion and expertise behind We Are Your Friends is a dream come true.” Yes, many dreams have just come true.

If you happen to follow either Efron or Joseph on Instagram (who would do that, though? weird, amirite? nothing to see here!), you probably already feel a high level of familiarity with the project, because the duo have been ’gramming it up over the past few weeks. Despite the bevy of photographic evidence that they totally, totally made a dramatic movie about DJs, it’s still not exactly clear what we can expect from the project. As of now, though, we can at least expect to see it on the big screen. Unzh unzh unzh.