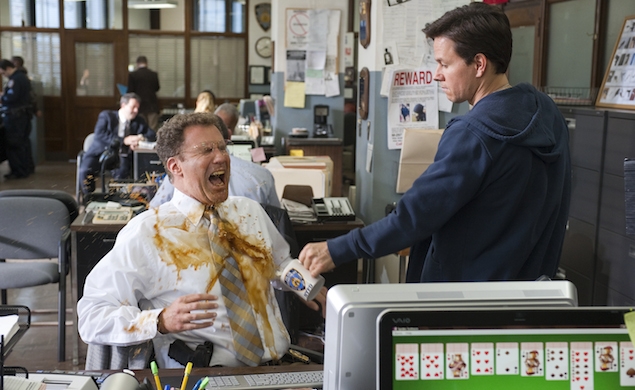 Will Ferrell tends to work with the same people over and over again, most notably Adam McKay, who was written, directed, and/or produced a number of Ferrell’s projects and runs the powerhouse Gary Sanchez Productions alongside the actor. One of the many folks Ferrell has worked with through the years is Mark Wahlberg, who costarred in the McKay-written and -directed action comedy The Other Guys.

Now, as was rumored earlier this summer, Ferrell is reuniting with Wahlberg (and McKay, of course) for Daddy’s Home, a film about a “mild-mannered radio executive” (played by Ferrell) whose efforts to be the world’s best stepfather to his two stepchildren are undermined by the reappearance of the children’s birth father, to be played by Wahlberg.

The press release announcing the film describes Wahlberg’s character as “freewheeling and freeloading” which sounds exactly like Adam Sandler’s character in the widely reviled 2012 Adam Sandler flop That’s My Boy, which was directed by Sean Anders, who also happens to be the director of Daddy’s Home and as one of one of five (five!) writers credited with doing revisions to an original screenplay by Entourage writer Brian Bloom. The others include John Morris (Horrible Bosses 2), Chris Henchy (The Other Guys), Adam McKay of course (also The Other Guys), and Etan Cohen (Tropic Thunder, Idiocracy).

Ferrell will also be producing the film along with Morris, Henchy, and McKay through Gary Sanchez Productions. That must be one hell of a script if it took five seasoned pros to polish it up properly. (In a not entirely encouraging development, the script for That’s My Boy was also reportedly tweaked by the high-powered likes of Adam Sandler, Robert Smigel, David Wain, and Ken Marino.) Nonetheless, the premise of Daddy’s Home seems awfully promising. Wahlberg has always been better in quirkier, funkier, and comic character-actor roles than in dramatic leads, and the role of a man pressed into competition with a much less uptight threat to his children’s affections offers much in the way of comic possibilities for Ferrell. The irony is that, despite the six screenwriters listed in the press release alone, much of the film will probably end up being improvised anyway, so there is a very real possibility that the biggest laughs in the film will probably not appear in any of the many, many drafts of the screenplay that are no doubt floating around.