Kodak’s back in action and making film stock again 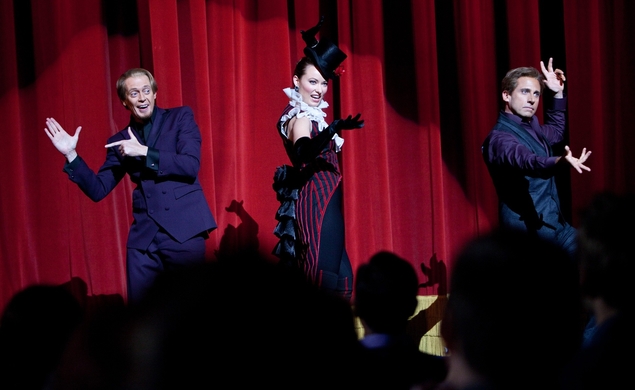 Yesterday, Kodak officially emerged from bankruptcy, returning to operation as a business primarily interested in packaging, graphic communications, and functional printing. (Translation: they’ve put a lot of money into proprietary commercial printing technology, touchscreens, and the like.) Celluloid stock will still be part of the restructured company’s plans: Andrew Evenski, president of the Entertainment & Commercial Film division, told Variety Kodak had created two new archival film stocks last year. Studios were leery of trying out stock from a company in the middle of bankruptcy. “We’re viable again, so I’m hopeful the studios will take another look at film and archiving,” Evenski said.

Speaking to the Associated Press, Kodak veteran Brad Kruchten gave an example of how much the market for film had collapsed during his 30 years with the company. When Kruchten was in charge of Kodak’s Colorado offices, the company raised its own cows on site and grew the corn they ate, because gelatin from the livestock would be used in the manufacturing of film stock. It was a self-sustaining, vertically-integrated empire, whereas “now we just look at what we know how to do and invest in that.”

When it comes to exhibition, as of the end of last year 75% of the world’s screens had converted to digital. Taking care of the last quarter may be difficult: speaking earlier this year, digital film consultant Michael Karagosian warned that while the theaters that had already converted were “low hanging fruit,” the remaining quarter of exhibitors would be reluctant to convert when the Virtual Print Fee arrangement (in which studios cover part of the cost of conversion) ended, leaving already in-debt exhibitors unwilling to invest in new projectors. Kodak’s counting on that, with Evenski citing Latin America (where slightly less than half of screens had converted at the end of 2012) and Eastern Europe as ongoing markets for film prints due to the cost of conversion.

As far as shooting on film, Evenski says “the film look is still there, it’s still actively desired, and we’re here to service the market.” There’s a cost issue involved, he warned, though it doesn’t matter when someone like J.J. Abrams announces he’s shooting the new Star Wars on celluloid because he likes the look. Filmmakers like Abrams and Christopher Nolan get all the attention when they shoot on film, but it’s worth noting that there are workaday movies still being shot on celluloid for practical reasons.

Not many people noticed that this year’s The Incredible Burt Wonderstone was shot on film (not many people noticed the movie period), but director Don Scardino had a good explanation for why the studio allowed that. As he explained to Collider, digital’s great for exterior night scenes because it needs so little light but gets washed out easily in harsh light. As a result, “you spend a lot of time trying to light a scene and digitally you spend a lot of time trying to knock light down.” With a movie heavy on magic show sets with lots of black and red (two colors digital doesn’t handle well), “they did a budget and they discovered that it would be no cheaper to shoot digitally.” In other words: there’s still a place for celluloid, even on pedestrian productions.