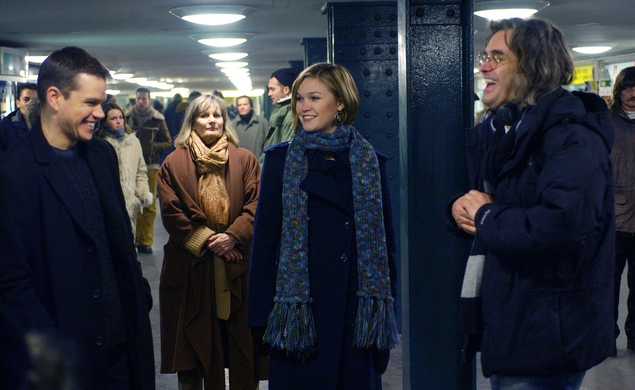 Last week, a quickly debunked rumor claimed that actor Matt Damon and director Paul Greengrass were considering a surprise return to the Jason Bourne franchise, even after Universal extended the series without both men (not to mention its title character) in last summer’s The Bourne Legacy. The rumor claimed that Damon was interested in a Bourne continuation—but only if Greengrass was too.

Universal denied any plans to make another Damon/Greengrass Bourne (though they are working on another Diet Bourne starring Legacy’s Aaron Cross). And now Greegrass himself has come out to publicly reject the notion that he’s considering another sequel. In an interview with Empire, Greengrass was asked about where these rumors of a new Bourne keep coming from:

“I’ve absolutely no idea. I’m not being funny but, no, that’s just a figment of someone’s imagination.”

Oh is it, Paul Greengrass? Is it really? Yeah, well, you know what else they told us was just a figment of our imagination? Treadstone! Secret government agents used as programmable assassins! Or what about Blackbriar? Sounds pretty far-fetched. The government denied that one too! But we know how that turned out, don’t we?

All right, so maybe another Bourne isn’t happening. But we’ll always have Blackbriar.