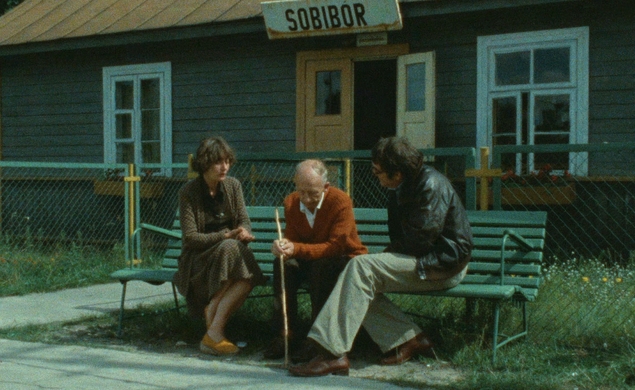 Claude Lanzmann’s 1985 Shoah is a popular go-to reference for cinephiles or movie-lovers when they want to allude to something unbelievably depressing, endless, and difficult to watch. (I know I have referenced it countless times in my writing, despite never seeing it.) It is much less popular as a movie that people actually see, in part because it lasts well over nine hours, and in part because it deals with some of the most harrowing subject matter imaginable. Lanzmann’s landmark film chronicles the Holocaust from a series of different perspectives, including Nazis, survivors, collaborators, and onlookers who knew of the atrocities but did nothing to stop them.

The film regularly ranks high on lists of history’s greatest documentaries, but it was not immune to criticism. Roger Ebert might have called it “One of the noblest films ever made,” but the eternally unpredictable and sometimes curmudgeonly Pauline Kael was much less complimentary, complaining that it was “exhausting from the start” and that watching it in a theater seat represented “form of self-punishment.” The Polish government and people were not happy about the way they were portrayed, either, arguing that Lanzmann did not acknowledge those who saved Jews or were exterminated themselves.