Out Of The Past: Tony Kaye’s American History X was released today in 1998 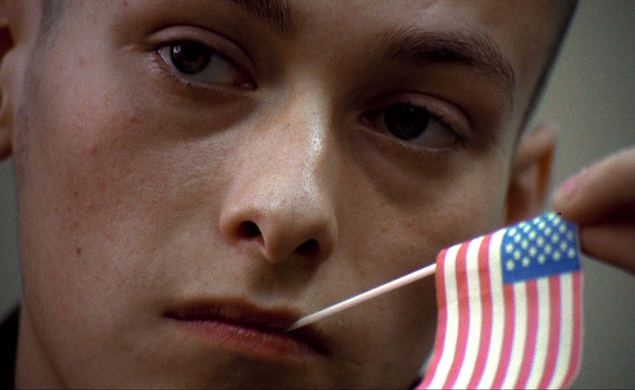 I still remember being completely floored by the ending of American History X, Tony Kaye’s remarkable drama about racism, which was released on this date in 1998. And then I remember being even more shocked to discover that Kaye was so unhappy with the film that he tried to have his name taken off of it and instead have the movie credited to “Humpty Dumpty.” When the studio, New Line Cinema, refused, he sued them for $200 million. All over a powerfully emotional film that became a critical and commercial hit and received an Academy Award nomination for star Edward Norton.

In fairness to Kaye, he was frustrated with New Line for refusing to release his preferred cut of the film and instead distributing a version that was supervised by editor Jerry Greenberg and Norton, who plays a reformed Neo-Nazi who’s just been released from prison and tries to stop his younger brother (a very good Edward Furlong) from making the same mistakes he made as a teenager. Although Kaye loudly proclaimed his distaste for Greenberg and Norton’s cut back in the ’90s, Kaye’s stance on the film has softened in recent years. In 2012 he told Crave Online he’s “not unhappy” with the film and he’s “very proud” of the cast’s performances and what American History X achieved. “It’s a good film,” he insisted.

It is, although I would be interested in seeing Kaye’s original cut, or the documentary Humpty Dumpty And The Kaballah that Kaye directed about his struggles with New Line over the film, but never released. (Kaye said back in 2007 that the doc would be included on future home-video releases of American History X, but that hasn’t happened yet.) Even if we never see Kaye’s intended edit, the American History X we did get stands as one of the best films ever made that its director didn’t like. Here’s Gene Siskel and Roger Ebert debating whether American History X is a good film or a great one: