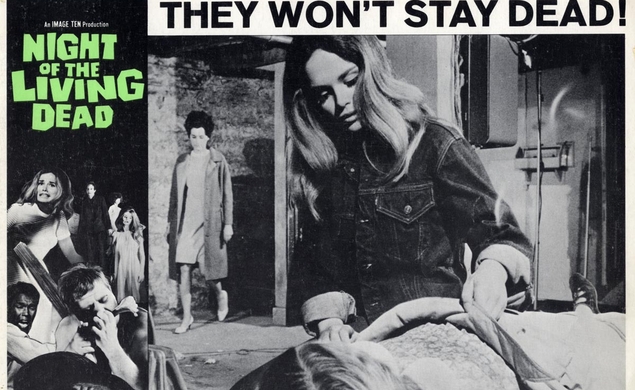 The Dissolve’s Newsreel will be taking tomorrow off so that we can worship our pagan gods (and eat a shit-ton of fun-sized Snickers), so rather that picking a movie on cable tonight, I direct you to TCM’s Halloween lineup tomorrow, which is just ridiculously stacked with horror greats. Tod Browning’s London After Midnight gets the scaring started at 6 a.m., and by 7 a.m. Saturday morning. Turner Classic Movies will have shown Mark Of The Vampire, The Devil-Doll, I Walked With A Zombie, Cat People, The Tingler, Dementia 13, Repulsion, Curse Of The Demon, House Of Wax, Poltergeist, Strait-Jacket, and Eyes Without A Face. I especially want to point out two films on TCM tomorrow that made The Dissolve’s list of “The 30 Best Independent Horror Films.” At 4:45 p.m., TCM has Carnival Of Souls, which was the first movie that came up when we started brainstorming our horror list over the summer. And then 8 p.m. brings Night Of The Living Dead, the movie responsible for redefining the meaning of “zombie,” and partly responsible for moving horror movies away from goofy camp and toward something more disturbing and meaningful. Even now, Night Of The Living Dead is shocking, gory, and gripping, capturing the initial feeling of raw panic when the zombie plague begins, and then showing how quickly humanity tries to adjust and survive. Dawn Of The Dead is my favorite of the Romero zombie movies—it’s one of my ten favorite movies of all time—but I’ll watch Night Of The Living Dead just about anytime. It’s a classic for a reason.