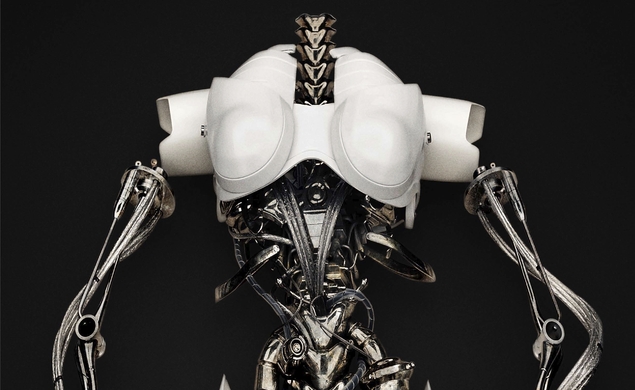 After more than a decade as a successful screenwriter, penning cult hits like 28 Days Later…, Never Let Me Go, and Dredd, Alex Garland will get his first opportunity as a director with next year’s Ex Machina. (Sadly, no relation to the fabulous Wildstorm comic book by Brian K. Vaughan and Tony Harris of the same name.) And after just two years distributing superb fare like The Bling Ring, Under The Skin, and Enemy, A24 will release Ex Machina in the U.S.

As part of the announcement that it had acquired the film for domestic distribution, A24 unveiled the teaser poster for Ex Machina. Here it is: 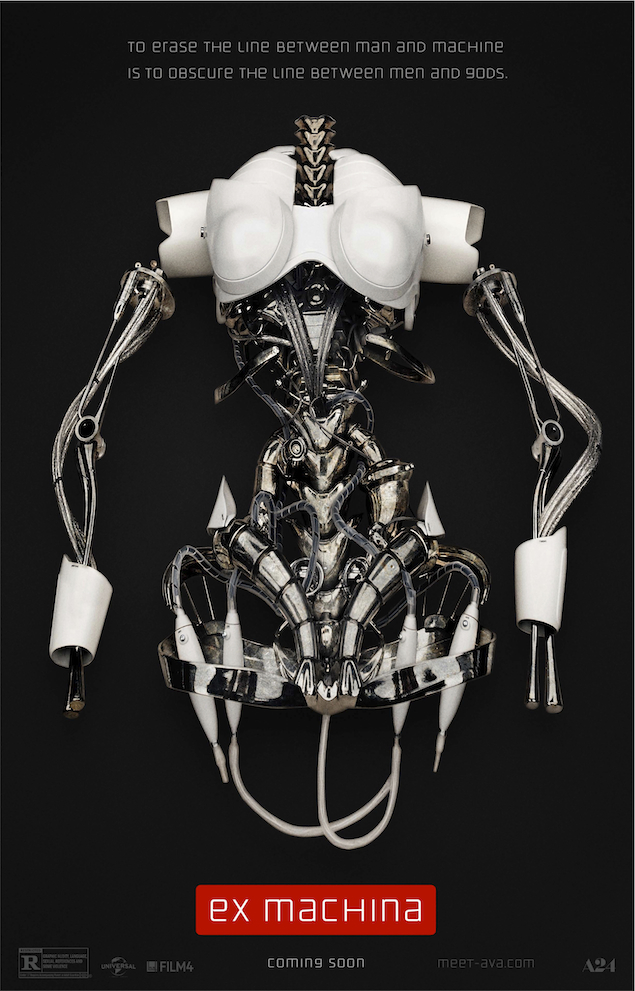 Do not erase the line between man and machine! That’s when bad things happen! Does no one remember Westworld?

A24 also released this plot synopsis:

“Caleb Smith (Domhnall Gleeson), a programmer at an Internet-search giant, wins a competition to spend a week at the private mountain estate of the company's brilliant and reclusive CEO, Nathan Bateman (Oscar Isaac). Upon his arrival, Caleb learns that Nathan has chosen him to be the human component in a Turing Test—charging him with evaluating the capabilities, and ultimately the consciousness, of Nathan’s latest experiment in artificial intelligence. That experiment is Ava (Alicia Vikander), a breathtaking A.I. whose emotional intelligence proves more sophisticated, seductive—and more deceptive—than the two men could have imagined.”

It sounds like Ex Machina could share a claustrophobic quality with Garland’s previous work, most of which is set in a suffocating single location, like Sunshine’s spaceship or Dredd’s crime-ridden high-rise. It also has a very talented cast of young up-and-comers like Gleeson and Isaac, both of whom also co-star in next year’s Star Wars: Episode VII—Another Desperate Attempt To Inject Star Wars Into A News Post That Has Nothing To Do With Star Wars. Garland’s worked with excellent directors like Danny Boyle and Mark Romanek; assuming he picked up a few lessons along the way and can marry them to his ample writing skills, he could have another cult hit on his hands. Ex Machina will open in U.S. theaters on April 10, 2015.