Out Of The Past: Being John Malkovich was released this day in 1999 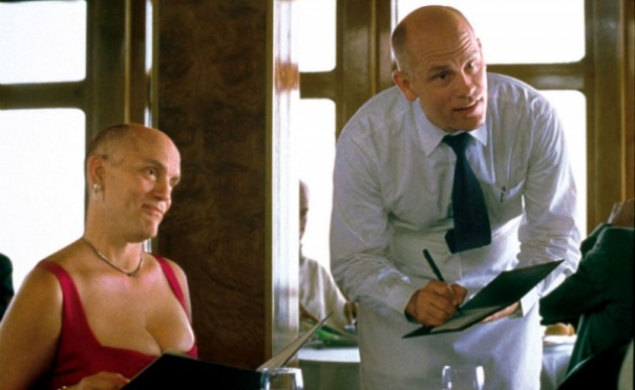 Consider, for a moment, the near-miraculous alignment of elements that needed to take place for Being John Malkovich to exist: Screenwriter Charlie Kaufman, previously a writer for television comedies, had to decide to get ambitious and write a reality-bending, philosophically minded script that involved various characters entering the head of actor John Malkovich. Malkovich had to agree to star in the film. Someone with just the right sensibility had to come in and direct it, namely Spike Jonze, then the man behind a bunch of visually inventive music videos, who received the screenplay from Francis Ford Coppola, then his father-in-law. Finally, someone had to agree to make it, and while that might have been a little easier in the indie-friendly year of 1999 than it might be today, it’s still a pretty weird idea for anyone to put money behind. Yet the company known as USA Films, later to become Focus Features, did just that, and Being John Malkovich became an Oscar-nominated arthouse hit. A great cast that included John Cusack, Cameron Diaz, and Catherine Keener helped, but what really makes Being John Malkovich work is the way it uses its weird ideas as jumping-off points from which to explore ideas about love and identity, rather than ends to themselves.

In this 2011 interview, Malkovich talks to Australian artist Jim Sharman about his first impressions of the script with his name already on the title: