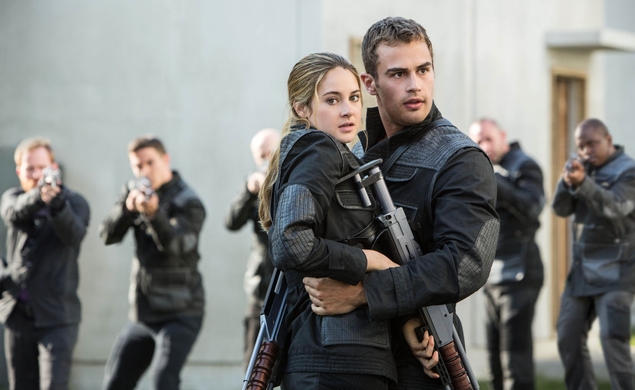 My least favorite trend in all of movies are the rise of awkward colon titles, like G.I. Joe: Retaliation or Captain America: The Winter Soldier or Wall Street: Money Never Sleeps or Star Wars: Episode VII—It Really Doesn’t Matter What We Call It, You’re Gonna See It Twice. To this long and clause-heavy list, we can also add The Divergent Series, which is now what every sequel in the Divergent series will be officially called, starting with next spring’s The Divergent Series: Insurgent. As in last spring’s Divergent, the upcoming sequel stars The Woodley Series: Shailene, The James Series: Theo, and The Winslet Series: Kate. It opens in theaters on March 20, 2015; here’s the plot synopsis:

“The Divergent Series: Insurgent raises the stakes for Tris as she searches for allies and answers in the ruins of a futuristic Chicago. Tris (Woodley) and Four (James) are now fugitives on the run, hunted by Jeanine (Winslet), the leader of the power-hungry Erudite elite.  Racing against time, they must find out what Tris’s family sacrificed their lives to protect, and why the Erudite leaders will do anything to stop them.  Haunted by her past choices but desperate to protect the ones she loves, Tris, with Four at her side, faces one impossible challenge after another as they unlock the truth about the past and ultimately the future of their world.”