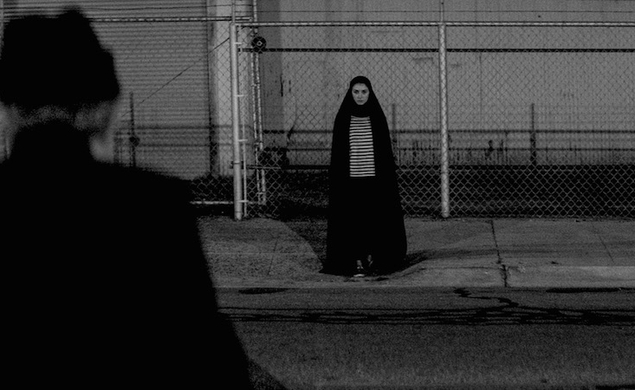 It would probably prove pretty difficult to describe the tone of Ana Lily Amirpour’s A Girl Walks Home Alone At Night without ticking off a seemingly disparate list of influences, genres, and themes (and maybe sounding wholesale nuts in the process). Fortunately, the film’s official description does it for us in extremely succinct terms: It’s “cinema’s first Iranian vampire Western.” You can’t argue with that.

Amirpour’s debut film combines elements of these familiar genres into one very unique feature. It focuses on the eponymous “girl” (Sheila Vand), a lonely vampire who lurks around the grimy and gritty “Bad City,” just looking for a little human understanding. Will she get it? Who knows, but at least she’s going to look pretty cool while she searches. Take a look at the film’s first trailer, which confidently hammers home all of its beats and influences while still managing to make this thing look wholly original.

And, just like that, the vampire genre gets a fresh injection of some very new blood. Sorry, Twilight.