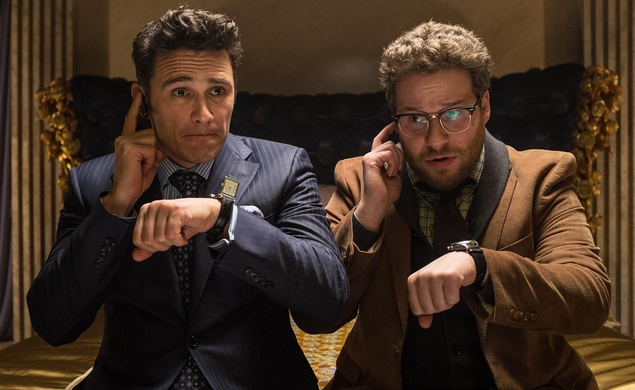 James Franco must have a Multiplicity-style army of clones at his disposal (as well as a Multiplicity-style penchant for hilarious hijinks), because there is no way that one mortal human being—who ostensibly needs to do things like sleep, eat, and all the other things human beings do when they are not in front of or behind a camera—can make as many movies as that man does. It seems like every week heralds another ambitious project for the writer-actor-director-author-James Franco enthusiast. This week is no different, as shooting is underway on Zeroville, an adaptation of Steve Erickson’s 2007 novel of the same name. Franco will both direct and star in the film as an eccentric, movie-obsessed architecture student who comes to Hollywood in 1969 and falls in with a group of eccentrics, weirdos, artists, criminals, and other assorted lowlifes.

It’s fruitful and perversely under-explored terrain for a cinema world perpetually obsessed with itself, and Franco has assembled a knockout cast that, according to Screen Daily, includes frequent collaborator Seth Rogen as “‘Viking Man,’ an ‘eccentric, cigar-chomping, surf-hippy’” (will his character also engage in the deplorable practice of smoking marijuana? He just might); Jacki Weaver as a film editor/mentor to Franco’s mustachioed oddball; Pineapple Express co-star Danny McBride as a “sinister financier”; Megan Fox as a femme fatale; plus Will Ferrell, Horatio Sanz, Joey King, Craig Robinson, and James’ brother Dave Franco in supporting roles.

That is a hell of a cast on what we can only imagine is a relatively low-budget film. As an actor, writer, and filmmaker, Franco has long been fascinated by the inner workings of show business and its outsiders and misfits, and this is far from the first time he’s adapted books into film; last year alone, he directed an adaptation of Cormac McCarthy’s Child Of God and William Faulkner’s As I Lay Dying, and this year he directed an adaptation of Faulkner’s The Sound And The Fury. On a slightly lighter note, James Franco will also be seen alongside Seth Rogen in the wacky international intrigue comedy The Interview, which will be released on Christmas Day this year, assuming its irreverent depiction of Kim Jong-Un does not incite a nuclear war that destroys all of humanity.