Mark Wahlberg bets on green in The Gambler trailer 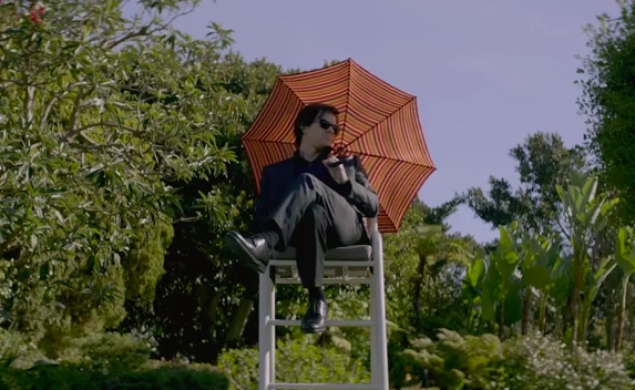 The idea of remaking a James Toback movie has always struck me as perverse. Toback makes movies so deeply personal and so rooted in his pet obsessions of gambling, race, sex, organized crime, and, well, obsession, that it’s difficult to imagine his projects appealing to people outside of his fan base. Sometimes it’s hard to imagine them appealing to anyone other than Toback himself.

Yet that didn’t keep French filmmaker Jacques Audiard from remaking Toback’s 1978 directorial debut Fingers in 2005 as the shockingly successful The Beat My Heart Skipped, a remake every bit as compelling as tense as the original. Now Rise Of The Planet Of The Apes director Rupert Wyatt is directing a remake of Toback’s 1974 screenwriting debut, The Gambler, with an emaciated Mark Wahlberg stepping into the role previously played by James Caan at the height of his macho, hairy-chested glory.

The project has been in development since 2011; Martin Scorsese and Todd Phillips were previously attached, and Toback, who was not informed of the project, or asked to participate, voiced his displeasure with remaking one of his most personal projects. That didn’t keep the film from getting made from a screenplay by William Monahan, best known for his gleefully profane script for The Departed, which earned Wahlberg the first of what we can only imagine will be dozens of Academy Award nominations. Today, it gets its first trailer:

This teaser isn’t terribly revealing, but it does suggest the tone will be tough, brutal, and propulsive, with an emphasis on the obsession and addiction that permeates James “Wacky Tobacky” Toback’s work. It also looks like one of Wahlberg’s most challenging roles to date, and a wonderful showcase for a bald John Goodman as an underworld bad guy, who utters the words “Fuck you” over and over again with delicious brio in a trailer that barely passes the minute mark. So yeah, we’re thinking this definitely qualifies as NSFW.