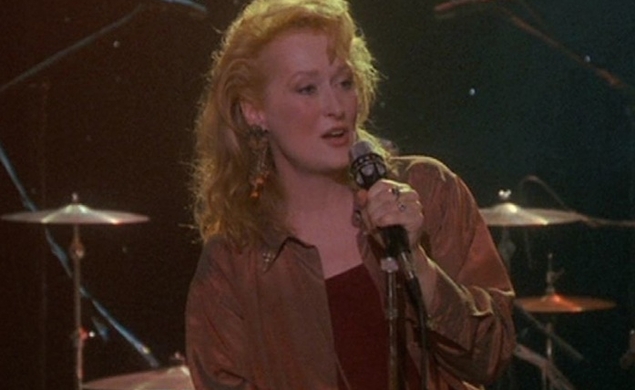 Traditional wisdom holds that Meryl Streep can do anything well, which, logically, would include playing someone on the big screen who can’t do anything well. Deadline reports that Streep has teamed up with director Stephen Frears and co-star Hugh Grant to do just that, starring as the eponymous lead in Florence, a fact-based feature about delusional opera singer Florence Foster Jenkins. Here’s the kicker about Jenkins: She wasn’t just someone who was mentally ill who also happened to love opera; she was actually delusional about her operatic skills, which were minimal (which is putting it kindly).

The daughter of a wealthy Pennsylvania family, Jenkins (born Narcissa Florence Foster, she later changed her first name and picked up the “Jenkins” from her first husband) expressed an early desire to learn and perform music. Her family provided her with music lessons, but when the budding singer asked to go abroad to beef up her opera studies, her father refused. (Perhaps he had heard her sing?) It wasn’t until years later—after a marriage, a divorce, a career as a teacher, and meeting the man who would become her manager and lover (the role Grant will play)—that Jenkins returned to her craft, simply because her father finally kicked it, leaving her an inheritance that she immediately spent on her long-desired opera lessons and launching a career.

This would be a wonderful, inspirational story if not for one cold, hard fact: Jenkins couldn’t sing, and her career was fueled by equal parts family money and baffled audience members (many of whom might have turned out to witness Jenkins’ singing simply to gawk at her). As Wikipedia (which is never wrong) notes, Jenkins “was an American amateur operatic soprano who was known—and ridiculed—for her lack of rhythm, pitch, and tone; her aberrant pronunciation; and her generally poor singing ability.” So, everything? She was ridiculed for everything?

Frears’ take (which is currently in pre-production) sounds like a sensitive enough one, as Deadline notes that Grant’s St. Clair Bayfield “was an aristocratic English actor who was determined to protect Florence from the truth that while the voice she heard in her head was beautiful, to everyone else it was hilariously awful.” That’s love, you guys. The kind worth singing about, even.

Just how bad was Jenkins? Take a listen. (If you have cats or children in the room, now might be a good time to cover their ears.)