Out Of The Past: Curly Howard was born on this date in 1903 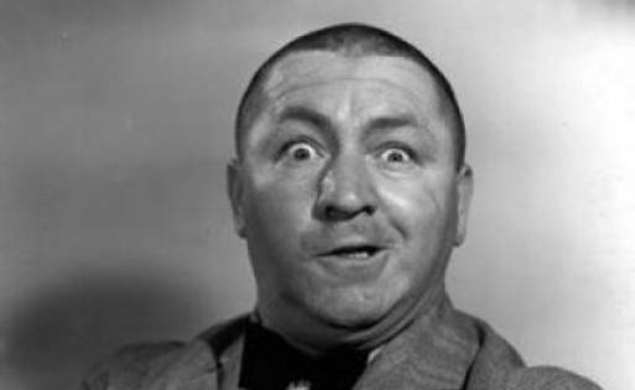 Curly Howard was the last to join the The Three Stooges, but there’s a good chance we wouldn’t still be talking about the comedy team without him. The younger brother of Moe and Shemp Howard, the man born Jerome Lester Horowitz joined the act when Shemp, who’d grown tired of working for original act leader Ted Healy, decided to go solo. Criticized by Healy for not looking funny enough because of his thick hair, the legend goes, Curly left and returned with the bald pate that helped make him famous.

Many vaudeville acts made the transition from stage to screen; not many are as well remembered as the Stooges, and Curly had a lot to do with that. Adopting the persona of an overgrown child, Curly brought an element of chaos that seemed beyond the control of both Moe and Larry Fine, who rounded out the trio as its resident dimwit (relatively speaking). He brought the x-factor, to say nothing of all those sound effects and mangled words.

It took its toll. Health problems dogged Curly starting in the mid-1940s. By 1946, they forced him to leave the act. Shemp returned to replace him, and the spot would be filled by others until the end of the Stooges’ career, which went on for years after Curly’s death in 1952. When you think of the Three Stooges, though, there’s no doubt which lineup comes to mind. Here’s a seasonally appropriate short to celebrate Curly’s birthday, 1943’s “Spook Louder”: