Out Of The Past: A Bucket Of Blood was released this day in 1959 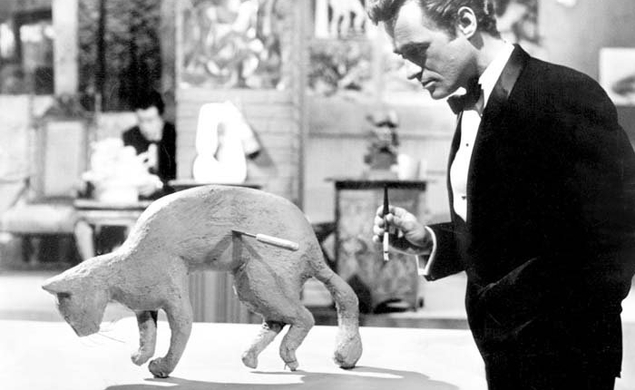 Some movies need to be rush jobs. Shot in five days, quick even for director Roger Corman (though he’d soon beat that record), A Bucket Of Blood mixes horror and comedy in a wild send-up of beatnik culture that feels like it was made in a heat of wild ideas. For the source of those ideas, look to Corman and screenwriter Charles B. Griffith, whose witty script balances laughs with some pretty unsettling material. Dick Miller, in one of his best roles, plays a busboy at a beatnik cafe who tries his hand at sculpture and finds his niche when he incorporates the corpse of a cat he accidentally killed in his work. From there, things escalate. Like Little Shop Of Horrors, another Corman/Griffith collaboration, it’s nasty, funny, and pointed, a big-screen equivalent to the sort of “sick” comedy then being practiced by Lenny Bruce and Mad Magazine. And it gets the job done in just over an hour, a rush job to the last.