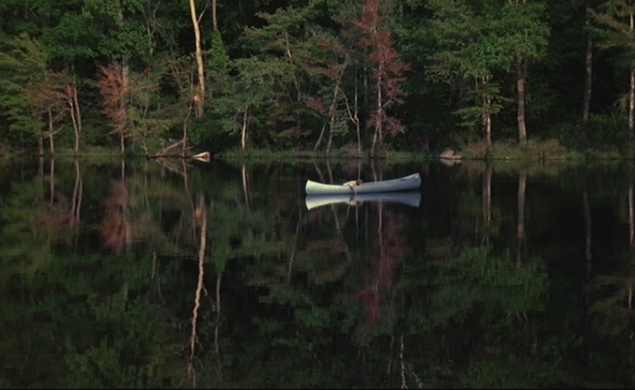 Because Friday The 13th came out during the flood of Halloween rip-offs, and because it was followed by a string of mostly cruddy sequels and reboots, it doesn’t have the reputation among cinephiles that it does among horror fans. Those cinephiles should give it another look (or a first look, in some cases). Yes, the script’s formulaic—putting a small group of horny young people in a remote, abandoned summer camp, where they get slaughtered one-by-one by a mysterious killer—and yes the acting’s a little shaky, even with a young Kevin Bacon playing one of the victims. But director Sean S. Cunningham steals the right moves from John Carpenter, from the gliding POV shots to the deep, deep darkness on the edges of the frame. The first Friday The 13th is frequently beautiful to look at. It’s also scary as hell. Cunningham set out to make a slasher that minimized plot and character and maximized the spook-factor, and even beyond the actual kills, Friday The 13th is so unnerving that it’ll have most viewers jumping at shadows for days afterward. American Movie Classics is showing Friday The 13th at 5 p.m. Eastern today, followed by the first three sequels. (Fair warning: All will be AMC-ized, with commercials, cuts, and crops.) I can also half-recommend Part III, which introduces Jason Voorhees’ hockey mask and bears amusing traces of its former 3-D release; and the fourth movie, The Final Chapter, is worth fast-forwarding through to get to Crispin Glover’s scenes.