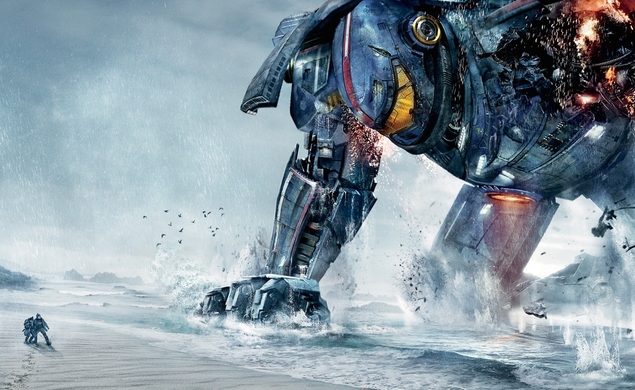 If there’s one thing that modern smash-’em-up blockbusters have taught us, it’s that stories—no matter how seemingly complete they may be—are never over. Such is the case with Guillermo del Toro’s Pacific Rim, which is now a trilogy. Wait, didn’t they already seal up that ocean hole into another dimension?

A second entry into del Toro’s aliens-vs.-robots franchise is already bound for the big screen, as Pacific Rim 2 will hit theaters on April 7, 2017. But now the filmmaker has let slip that even that won’t be the end. Not even close to the end, people.

In an interview with Collider, del Toro shared a little about the angle he’s going to take for the second film:

“The direction we’re going in is very different from the first. All I can say is some of your favorite characters come back, some others don’t because we have decided that we’re going to shoot ambitiously and say ‘Let’s hope we have three movies,’ so some characters come in at the end of the second, hoping that it will ramp up on the third one. I hope people like it but you’re gonna get a very different experience from the first one.”

So while Pacific Rim may not have ended on a true cliffhanger, it sounds as if del Toro and co-writer Zak Penn are aiming to leave Pacific Rim 2 with the kind of open ending that will necessitate a third (and final? Maybe? Who knows?) film in the franchise. Del Toro has long expressed interest in further building out the world of Pacific Rim, so a third film is not entirely shocking. It’s not even the only new addition to the series, as del Toro is also working on an animated series that aims to bridge the gap between Pacific Rim and Pacific Rim 2, although further details on that project remain veiled.

Who knows what we can find in the drift this time? (Hint: probably Idris Elba. At least, we hope Idris Elba.)