Al Pacino will star in David Mamet’s next Broadway play 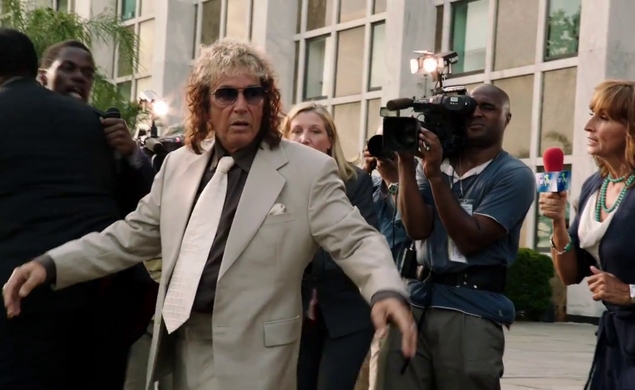 David Mamet hasn’t directed a theatrical feature since 2009’s MMA drama Redbelt. His last project as a writer/director was for HBO: a legal thriller called Phil Spector starring Al Pacino as the notorious record producer and batshit-crazy-wig enthusiast. It was an interesting (though, in my estimation, not wholly successful) collaboration, and it reunited Pacino with the writer of one of his very best roles, Ricky Roma in the film version of Mamet’s Glengarry Glen Ross. Pacino later returned to Glengarry (in a different role) on Broadway, although that production was not without controversy; some journalists essentially accused the show of extending its run of previews to avoid “critical scrutiny” that might tamp down strong ticket sales.

When the play did officially open, the reviews weren’t great—but the show was a hit anyway, and Pacino and Mamet will continue their work together with another Broadway show, this one a brand-new play called China Doll. Here’s how Mamet described it in an official statement:

“China Doll is a two-character play about a wealthy man, his young fiancée, and an airplane. The man has just bought a new plane as a wedding present for the girl. He intends to go into semi-retirement, and enjoy himself. He’s in the process of leaving his office, and is giving last minute instructions to his young assistant. He takes one last phone call…’ Mamet says the characters are Mickey Ross, a billionaire; Carson, the assistant, and a telephone. “I wrote it for Al. It is better than oral sex.”

At the prices they charge on Broadway these days, it better be.

Large portions of Phil Spector were basically a two-character piece as well, with Pacino playing opposite a really great Helen Mirren as Spector’s attorney. With Pacino possibly on the verge of a career comeback (with two new decently reviewed indies working the festival circuit, The Humbling and Manglehorn), could a new Mamet/Pacino movie follow? I have no idea, but I certainly would be happy if it did.