Out Of The Past: The Evil Dead premièred on this day in 1981 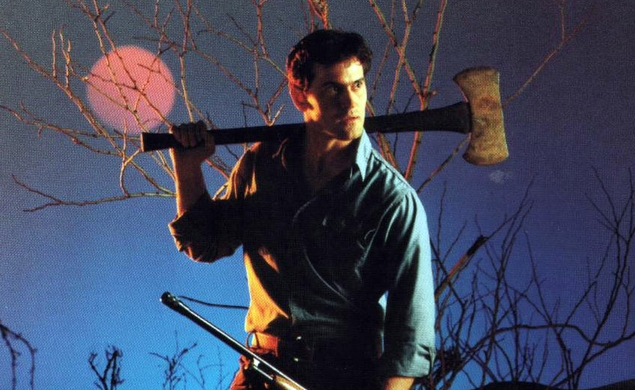 On January 23, 1980, a small cast and crew headed by director Sam Raimi wrapped principal photography on a low-budget movie called The Evil Dead. It was, by all reports, a deeply unpleasant shoot that sent the team deep into the Tennessee woods where they worked under unpleasant conditions to make a low-budget horror movie. In that, they weren’t alone. The post-Halloween 1970s and early ’80s saw low-budget horror movies turned out faster than even the bloodthirstiest fan could watch them. Most were variations on the slasher genre, pitting oversexed teens against a madman with a knife (or machete, or whatever). The Evil Dead would prove to be different. Raimi shot the film with the brio of a novice trying out every trick he’d ever dreamed of attempting into a wild story of supernatural aggression inspired by H.P. Lovecraft (to say nothing of the slapstick comedy of the Three Stooges). The Evil Dead never stood still and never met an idea too crazy to try, and thanks to early supporters like Stephen King, it found an audience eager to go along for the ride.

In addition to Raimi, the film also introduced the world to Bruce Campbell, Raimi’s childhood friend. The two would team again numerous times, including for two Evil Dead sequels—Evil Dead 2 and Army Of Darkness—that played up the comedy never far beneath the surface of the original film. (The same can’t be said for last year’s remake.) Here’s a 1982 interview with Raimi, (complete with some Stooges sound effects as he waits for the interview to begin):