Out Of The Past: The Seventh Seal was released in the U.S. on this day in 1958 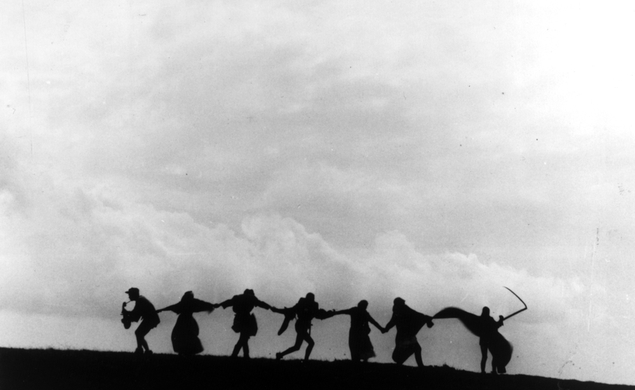 If a film’s impact can be determined by the number of parodies it’s inspired, Ingmar Bergman’s The Seventh Seal is one of the most influential movies ever made, inspiring send-ups by everyone from Woody Allen in Love And Death to Arnold Schwarzenegger in Last Action Hero. For years the film doubled as American shorthand for “foreign film,” and was the one subtitled film even the most humble Blockbuster outlet was almost guaranteed to stock. In some respects, it was a misleading ambassador for world cinema: Set in a plague-ravaged medieval Sweden in which a knight (Max Von Sydow) plays a game of chess with death, it’s portentous and heavily symbolic even by Bergman’s standards. On the other hand, it’s a masterpiece, filled with striking images, tough questions about faith and meaning, and a final scene far removed from the Hollywood endings most audiences had come to expect. There’s a reason it’s lingered, and no amount of ribbing can dull its impact.