Jeremy Renner doesn’t know what he wants; now says he’s all for a Hawkeye movie 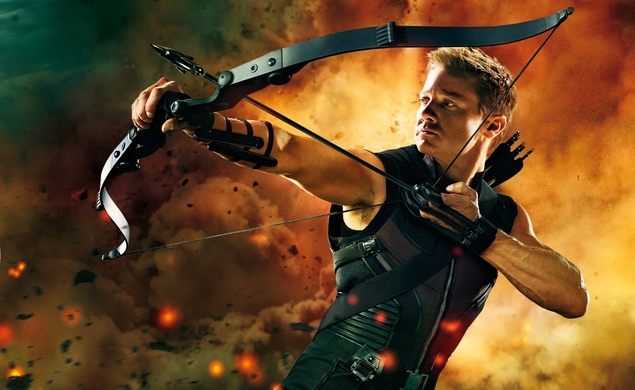 What are the odds that Jeremy Renner and Robert Downey Jr. have made a private wager to see who can mess with the press more on their respective press tours for Kill The Messenger and The Judge? Downey keeps waffling on Iron Man 4—it isn’t happening, it might happen, it is happening, it isn’t happening again (but other stuff is happening)—and now Renner has reversed himself on the possibility of a Hawkeye movie.

Last month, when MTV asked Renner about his interest in taking center stage in a solo Hawkeye film, he was all, “No thanks, I’m good.” (The exact quote: “I’m happy to be [in] the ensemble. I’m not scratching or clawing to do a solo movie by any means.”) But when asked a similar question yesterday during a Reddit AMA, Renner gave a different response:

“Am I interested? Always have been interested. I always love Clint, and in the last Avengers: Age Of Ultron, we got to dive into him some more. Very excited about the outcome of it, and where it can go in the future. But all I can do is want. And that's all I can do. It all comes down to the content, and really how the puppeteers at Marvel can manifest a story that's worthy of a solo movie. Not sure what that is, or how that is, but I'm confident they can do whatever they want, if they want to do it. And I'd be game.”

I suppose the two comments aren’t technically mutually exclusive; he’s interested in Hawkeye, but not dying to do it. But if he was interested in doing Hawkeye, why not say that in the first place? I will tell you why: Because Downey really stepped up his flip-flop game this week with all his talk-show appearances, and Renner needed to make up some ground. Tune in next week when Renner explains that he’s not that interested in doing a Hawkeye solo movie and will be more than happy to show up in Captain America 3 instead, and Downey hints that Iron Man 4 might happen if he’s given control of a small Eastern European country.