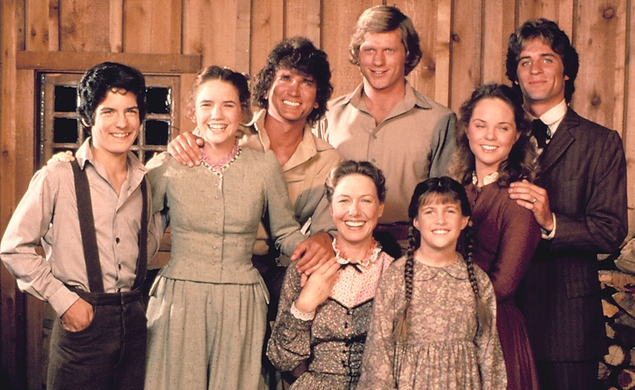 This… this is not a combination of director and property I would have predicted. The Hollywood Reporter says that Sean Durkin is “in negotiations” to direct a film version of the seminal children’s book series (and ’70s and ’80s TV series) Little House On The Prairie. At one point David Gordon Green was attached to make a Little House film for producer Scott Rudin, but now it looks like the job will fall to Durkin, working from a script by Shame and The Iron Lady’s Abi Morgan.

Durkin’s best known as the writer and director of Martha Marcy May Marlene, a dark drama about a young woman who escapes from a cult but finds herself haunted by the memories of the trauma she endured there. The movie helped launch Elizabeth Olsen’s career in Hollywood and was an enormous critical success out of the 2011 Sundance Film Festival. From there, Durkin went on to helm the BBC miniseries Southcliffe, another very dark story, this one about the lead-up to (and fallout from) a mass shooting in a small British town.

Granted, I wasn’t a compulsive viewer of Little House as a kid, but my memories of the reruns on the Family Channel were of something a bit more wholesome than Durkin’s usual fare. Perhaps the original books by Laura Ingalls Wilder were darker, or perhaps my memory is off; Wikipedia (which is never wrong) says the Little House TV show touched on adult themes like “adoption, alcoholism, racism and blindness.” Regardless, I’m going to look at it this way: Whatever Little House On The Prairie was before, this movie is going to be a Sean Durkin Western. And that sounds pretty damn appealling.