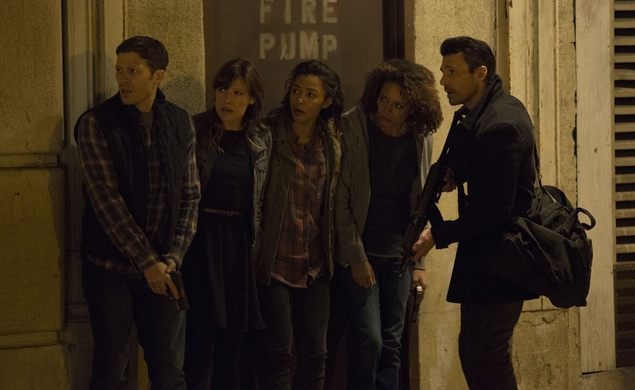 Imagine that, for just one night a year, all crime was legal (yes, even murder). Sounds pretty awful, right? Luckily enough, humanity doesn’t need to worry about such ill-advised tricks playing out on actual streets; they can just turn their attention to the big screen to get their fill of legalized villainy. Deadline reports that screenwriter and director James DeMonaco has saddled up for a third installment of his wildly popular Purge franchise. DeMonaco will again write the feature, with “an eye to direct” the latest entry in the multimillion-dollar series.

The Universal and Blumhouse franchise has proven to be a big moneymaker for the studios (as Deadline notes, the films cost $12 million to make, earning over $200 million in worldwide returns, a hefty profit margin that’s hard to ignore). DeMonaco, once best known for writing films like The Negotiator and the Assault On Precinct 13 remake, created the series and has written and directed both features so far. Plot specifics are not yet available, but while the first film focused on a relatively contained story—essentially, a home-invasion thriller with a twist—the second film, The Purge: Anarchy, took the action outside, expanding out the action to present a fuller look at the effects of The Purge on various characters. This next film will likely do the same.

There’s no word on when we can expect to see the next Purge, but the earlier features have both preformed well during the heat of the summer (with June and July release dates, respectively), so look for this one to likely hit sometime in summer 2015. The latest installment in the franchise is also without an official title, but The Purge: Idiocracy has a nice ring.