Out Of The Past: Never Say Never Again was released this day in 1983 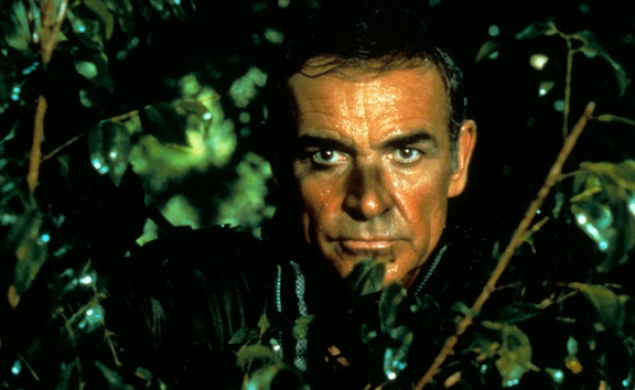 On the list of late-Cold War conflicts, the Battle Of The Bonds is one of the least remembered. In 1983, however, it was much discussed. To make a long story short, in the late 1950s, Bond creator Ian Fleming began working with writers Kevin McClory,  Jack Whittingham, and others on a James Bond film script that never happened. Fleming used some elements from that script in his 1961 novel Thunderball, which was adapted into the 1965 film of the same name. This didn’t sit will with McClory and Whittingham, who have been credited in subsequent editions of the book. Further tangles also gave McClory the film rights to Thunderball after a 10-year license expired. He was credited as a producer on the 1965 film and began attempting to remake it in 1976, much to the consternation of all those involved with the official Bond franchise.

In the early ’80s, that dream came true. McClory partnered with producer Jack Schwartzman (husband to Talia Shire, father of Jason Schwartzmann), who lured original movie Bond Sean Connery back to the role after 12 years and a promise of, according to legend, “never again” (hence the title, suggested by Connery’s wife). Also on board: director Irvin Kershner (making his first film since The Empire Strikes Back), emerging star Kim Bassinger, and composer Michel Legrand, whose theme song is not easily forgotten once heard.

Much hype and inevitable comparisons to that same year’s Octopussy accompanied its release. The film did relatively big business (though not Octopussy big) and earned largely positive reviews, most of them containing at least one joke about Connery’s age and/or hairpiece. Yet today it’s a footnote, at best, in Bond’s history, especially since MGM acquired the rights to the film. The studio hasn’t exactly suppressed Never Say Never Again, which can easily be found on home video, but it’s largely written it out of the official Bond history. It’s less a fresh start than a cul de sac, which didn’t stop McClory from pressing the issue and attempting yet another Thunderball remake/rogue Bond franchise up to his death in 2006. Last year, McClory’s estate settled with Danjaq, the holding company owned by the Broccoli family, which has shepherded the official Bond series since Dr. No, thus closing one of the stranger chapters in the history of James Bond and big-screen copyright law (a tale total at length in Robert Sellers’ book The Battle For Bond).

Here’s Connery, sans hairpiece, discussing Never Say Never Again and the rest of his career in a long interview in 1983: