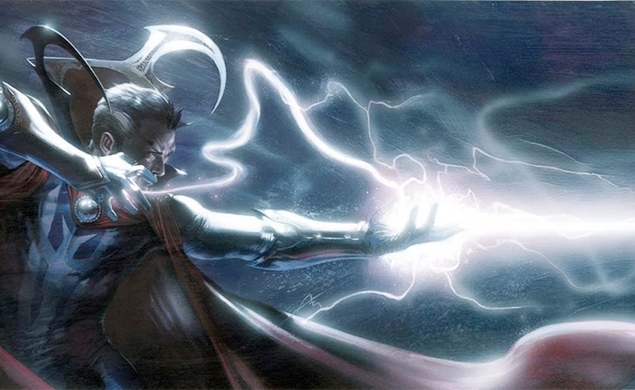 It never sounded like a good fit, Joaquin Phoenix and Marvel. Phoenix, brilliant actor that he is, takes wild chances, makes weird movies. He “quit” the business for over a year just to make (an awesome) faux-documentary about his (staged) public meltdown that nobody went to see. Marvel, meanwhile, is the mainest of the mainstream. Their actors have to know how to play ball with the media. Joaquin Phoenix gave the craziest David Letterman interview in history.

And guess what? It wasn’t a good fit, and it’s not going to happen. Deadline reports that after months of negotiations, Marvel’s given up on the possibility of Phoenix playing Doctor Strange in the upcoming movie to be directed by Sinister’s Scott Derrickson. They claim that talks between the studio and the actor “are kaput,” and that Marvel’s now “back to square one” in the search to find the man to play the Sorcerer Supreme. They also dismiss yesterday’s rumors that Ethan Hawke has been chosen in Phoenix’s place, calling that report “speculation run wild.” (Sorry, Ethan Hawke. When Richard Linklater gets a Marvel movie, you will surely be cast as the hero’s philosophical, classic-rock loving friend.)

The previous candidates for the Dr. Strange role include Joseph Gordon-Levitt, Benedict Cumberbatch, Tom Hardy, and Jared Leto (our own fan casting suggestions included guys like Daniel Day-Lewis and Denzel Washington). It would require an assist from Agamotto The All-Seeing to pick who among those names might land the job, but Marvel will need to find (and lock down) someone soon, as Doctor Strange is supposed to be one of the first movies in Phase 3 of the company’s cinematic universe.