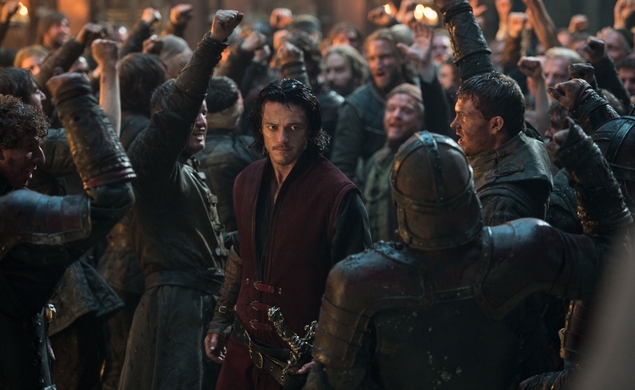 The one interesting and possibly positive piece of news about Dracula Untold, which is an origin story for the world’s most famous vampire (as played by Luke Evans), comes from Badass Digest, which reports that while the movie was put into production before Universal began ramping up its plans for a full “cinematic universe” dedicated to its classic horror-movie monsters, the film may still function as a prologue to that upcoming mega-franchise:

“A few months ago sources told me that Universal did some reshoots on Dracula Untold in order to allow it to fit into the larger Monsterverse, and word from junketeers who have seen early screenings backs this up. I don't know what they have included in the film, but they have put some elements in that will allow the studio to tie this movie into the new initiative.”

Supposedly Universal’s “Monsterverse” officially begins with April 2016’s Universal’s Mummy: The First Monster, so I’m curious to see what exactly has been added to this Dracula (who should probably file a grievance with the International Brotherhood of Boilermakers, Iron Ship Builders, Blacksmiths, Forgers And Monsters over that whole “first” designation). It’s sort of strange to have this historical origin story for Dracula lead into a contemporary series of monster movies, but I guess Marvel played that card pretty well with its period Captain America movie. I just hope Universal doesn’t have Dracula biting the Mummy or giving Dr. Frankenstein the idea for his monster. Please, anything but that.