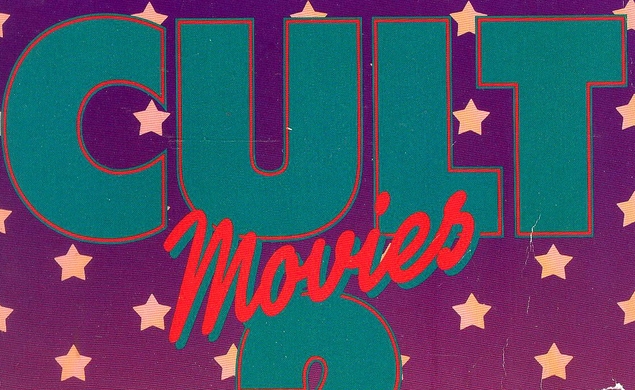 Back before the Internet existed, budding young cinephiles like myself had to rely on reference books to further our film education, from the capsule-sized reviews in Leonard Maltin’s annual Movie Guide and The Faber Companion To Foreign Films to the long-form compilations of critics like Roger Ebert, Pauline Kael, and the dastardly John Simon. But for my generation—or at least people of my generation with an especially keen interest in the offbeat—no writer was more influential than Danny Peary, whose Guide For The Film Fanatic (with its wondrous checklist) and three Cult Movies books brought clarity and insight into cinematic realms we either thought we knew or were otherwise completely unfamiliar with. Back when I wrote at The A.V. Club, my ongoing column, The New Cult Canon, was an attempt to pay homage to—and extend—the mission of Peary’s Cult Movies books, which were all published in the 1980s. (My rule of thumb for NCC: covering cult movies made after 1989, except in cases like I Am Cuba or Army Of Shadows, which are older movies that only recently appreciated in America.)

In any case, Peary would go on to write the fantastic Alternate Oscars in 1993, but otherwise he shifted into authoring baseball books, including two with Tim McCarver, and remembrances of greats like Ralph Kiner, Roger Maris, and Gil Hodges. The Cult Movies books stopped after Cult Movies 3, however, and though they can be picked up pretty easily through third-party sellers, they’re no longer in print and will likely never again be in print, given the dried-up market for reference books of all stripes.

However, I was excited to discover that as of today, the contents of Peary’s Cult Movies books have been repurposed and reissued in a series of four genre-themed, budget-friendly e-books through Workman publishing. How budget-friendly? The slimmest of the four, Cult Sci-Fi Movies, includes 10 essays on films like Barbarella, Dark Star, Liquid Sky, The Man Who Fell To Earth, and 2001: A Space Odyssey—all for the low, low price of zero dollars and zero cents. Beyond that little sample, the other three range from 33 to 37 essays and can be picked up for $5 each. Today, Cult Horror Movies was released, and the remaining two, Cult Midnight Movies and Cult Crime Movies, will be released in the beginning of November and December, respectively. The total number of titles doesn’t add up to the 200 movies included in Peary’s original books, but it’s a start for the uninitiated. And while Peary doesn’t add any new essays, the e-books do offer a cult-movie checklist for each genre.

Short of telling you what to do, I highly recommend giving these books a shot. I owe so much of my film education to Peary’s guidance; without him, I wouldn’t have seen Andy Warhol’s Bad, Black Sunday, Burn!, The Brood, Café Flesh, Caged Heat, Detour, Force Of Evil, The Harder They Come, Johnny Guitar, Once Upon A Time In The West, Outrageous, Peeping Tom, Petulia, Targets, and many others at a formative period in my movie-crazy life. Though the e-books will strip down some of the appeal of the books—which are large paperbacks with big pictures, and include full synopses that are more easily gleaned in the Internet age—Peary’s insights remain valuable, and his enormous influence in shaping modern film culture should not be underestimated.