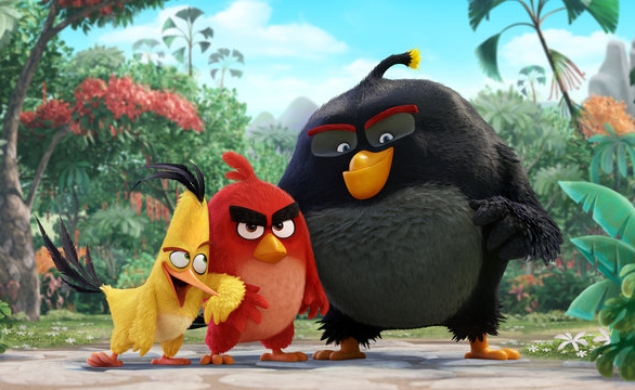 Well, now you have to see the Angry Birds movie. The immensely popular videogame, which entails flinging (rageful) birds against pig-created barricades in an attempt to inflict revenge on the porky perpetrators who have absconded with the birds’ precious eggs (yes, the plotline of Angry Birds is actually deeply upsetting), is bound for the big screen, and even if you’re not a fan of the game, creator Rovio has a nefarious plan to get you to see the film.

Appropriately enough, it was Angry Birds players who first uncovered the casting news over the past two days, thanks to a genuinely cute reveal within the game: after slinging one billion—yes, that’s billion with a ‘b’—Angry Birds super-players unlocked a reveal that shares both the full voice cast and a first look at how the finished film will look when it hits (uh, is slung onto?) the big screen. It’s a small price to pay, sore fingers and all, to be privy to such information, because the film has locked down a massive flock of talent.

The Angry Birds film will star (the voice talents of) Jason Sudeikis, Josh Gad, and Danny McBride as various big birds, while Bill Hader will play a pig (you know, the bad guys of the game), Maya Rudolph is on board as a lady bird named “Matilda,” and Peter Dinklage will portray “the legendary Mighty Eagle.” But that’s not all, as Angry Birds has expanded out its totally metaphorical nest to include stars like Keegan-Michael Key, Kate McKinnon, Tony Hale, Ike Barinholtz, Hannibal Buress, Cristela Alonzo, Jillian Bell, Danielle Brooks, singer Romeo Santos, and YouTube sensation Smosh.

The film’s full plotline has not yet been revealed, but the Angry Birds industry now includes a weekly animated series that just may give fans and non-fans alike a peek at what to expect. (SPOILER ALERT: It’s about angry birds and mean pigs.) The Angry Birds feature will launch on July 1, 2016.