Out Of The Past: Julie Andrews was born on this date in 1935 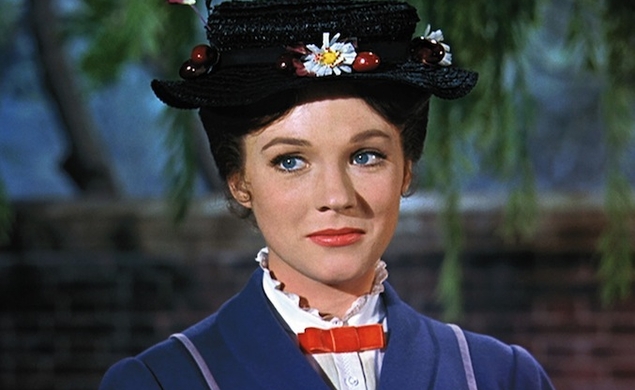 Gifted with a four-octave range, Julie Andrews was seemingly born to star in musicals. And, fittingly, her most famous roles are the ones in which she sings, particularly Mary Poppins and The Sound Of Music. Since both (alongside The Wizard Of Oz) are often kids’ first exposure to musicals, it’s her voice that’s become synonymous with the form for generations. But Andrews’ talents have always extended beyond her way with songs. A wry, sensitive presence, she distinguished herself in non-musical roles throughout the ’60s thanks to work in films like The Americanization Of Emily and Torn Curtain. Her later film career was largely defined by her comedic contributions to the films of her late husband Blake Edwards, most notably 10 and Victor Victoria.

A surgical mishap damaged her singing voice in 1997, yet Andrews has carried on, appearing in the Princess Diaries films and numerous animated efforts while rebuilding her voice. But even if Andrews never sang, or acted, again, her legacy would remain safe. Some voices never really fade. Here’s Julie Andrews discussing onscreen nudity with Jonah Hill (who’s surprised to discover she was married to Edwards) and Channing Tatum on The Graham Norton: