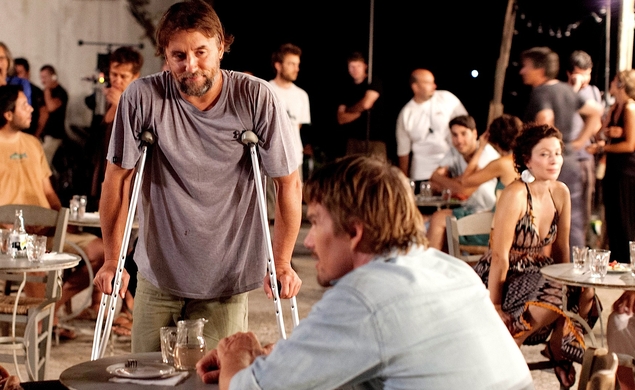 When it finally appears, Richard Linklater’s Boyhood (also known as The Twelve Year Project) might be a masterpiece or a disaster. But either way, it will certainly be one of the most unique films ever made. Every year for the past twelve years, Linklater, actor Ethan Hawke, and a small cast have gotten together to shoot a short about a boy (Ellar Salmon) and his family (Hawke and Patricia Arquette). The finished collection of shorts will chart the young man’s development from age 6 to age 18. It sounds like a combination of Michael Apted’s Up documentaries and Linklater’s own Before movies. It also sounds completely amazing.

Shot quietly for years, details about Boyhood are finally starting to leak out. Hawke talked about the film during a Reddit AMA last spring, and this week he told the Huffington Post that he recently shot his final contribution for the movie, which should be finished by 2014 and “will be at Sundance or Cannes or Berlin or something next year.”

Calling it the “most original thing” he’s ever been a part of, Hawke revealed a bit more about the movie’s storyline:

“In 2002 when it started, the parents are going though a divorce and it opens with the mom—and you don’t see me. And then I come for a weekend visit the next year. The first scene I did was with a 7-year-old boy… and I take this 7-year-old boy bowling—and I’m chain smoking in a bowling alley, which was legal then. And I finished yesterday and I’m 42 years old—I was 33 when I did my first scene—he’s 19. He’s a grown man! He’s got crazy ear rings and he’s taller than me and he’s intimidating. Just acting in the movie felt like nothing I've ever done.”

It’s such a risky, brilliant idea for a movie; just the element of watching the characters really age without tricks or makeup will make Boyhood fascinating. I can’t wait to see it at Sundance or Cannes or Berlin or something in the future.