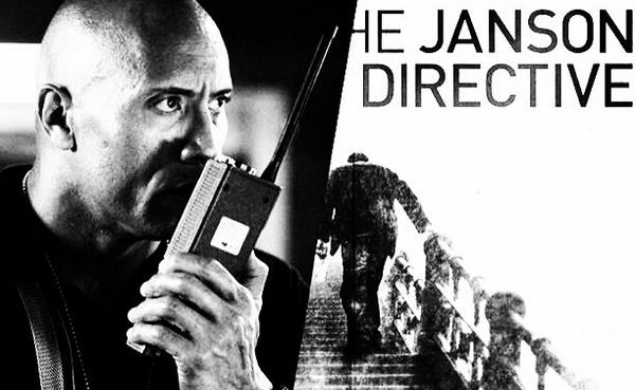 Dwayne “The Rock” Johnson may not be the next Jason Bourne (because the previous Jason Bourne will be the next Jason Bourne), but he’s inching ever closer to his own Robert Ludlum-penned franchise. Back in June, Universal Pictures picked up the rights to author Ludlum’s posthumous (and non-Bourne) novel, The Janson Directive. At the time, Johnson was rumored both to star in and produce the feature, but the actor has now just gone ahead and confirmed the whole deal—and more—via social media.

Johnson took to his Twitter account over the weekend to share the news that Akiva Goldsman—pardon us, “Academy Award-winner Akiva Goldsman”—is set to write the film’s script, along with what looks to be a piece of early production art (or perhaps some lovingly made fan art from Johnson himself?). Johnson is clearly excited about his next action outing, and why shouldn’t he be? He’s going to get to do his two favorite onscreen activities: Kill a lot of people and sweat profusely.

Ludlum’s final novel centers on Paul Janson, a big-time secret agent (naturally) who's tasked with finding and saving a philanthropist who has been kidnapped by a nefarious terrorist. Sadly, things don’t go exactly to plan; Janson’s mission “goes horribly wrong”—perhaps due to a conspiracy?—and when he’s disavowed by his own agency, he goes on the run. This all sounds very much up Johnson’s (and Ludlum’s) alley.