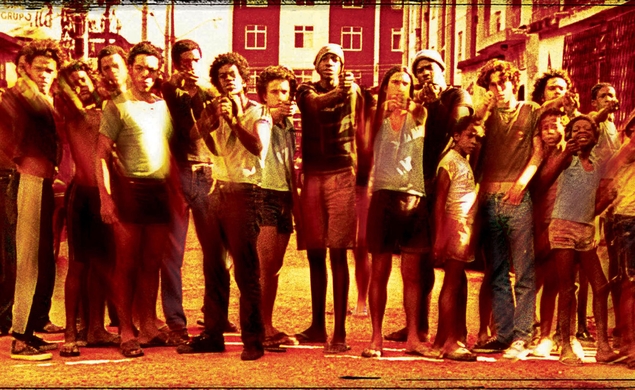 City Of God: “Hold Back the Water,” by Bachman Turner Overdrive
In the favelas of mid-to-late-1970s Rio, one of the unlikeliest songs became a significant cult hit. Bachman Turner Overdrive’s “Hold Back the Water” was a non-charting 1973 single that, like most of the band’s debut album, barely made a commercial dent outside Canada and a few border cities in the northern United States. But in the Soul balls of Brazil, where the song’s insistent guitar twang and bottom-heavy 4/4 made it fit well on the dancefloor, the titular chorus was mondegreened across languages into a defiant threat: “Vou dar porrada,” roughly translated into “I'm going to kick your ass.” The Brazilian crime epic City Of God deploys this song masterfully in portraying a turning point that sparks a street war: during a going-away party for Benny, the right-hand man of drug dealer Lil Zé. When the DJ segues from Carl Douglas’s joyously kitschy “Kung Fu Fighting” to the more foreboding “Hold Back the Water,” he switches on the strobes, the crowd goes mental (chanting along with the aforementioned chorus), and a shoving match between Benny and Zé over a friend’s camera becomes a disjointed stutter of fleeting movements building to a gradual horror. That horror—a rival dealer’s hitman hired to take out Zé gunning down Benny by mistake—is where the last moment of something approaching order falls apart, and even though the DJ shuts down the music as he flees with the rest of the crowd, that pounding threat still lingers.