More Great Pop Music Movie Moments From Our Friends At Pitchfork: The Last Days Of Disco 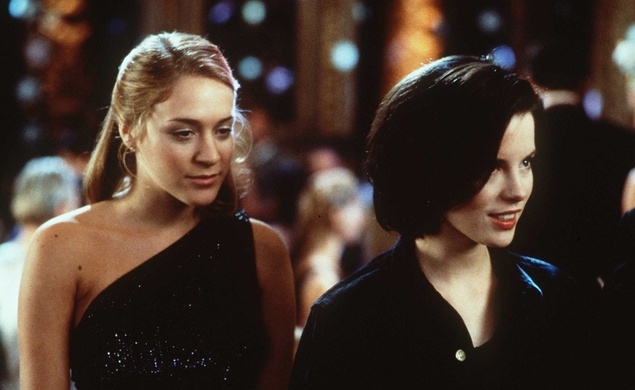 The Last Days Of Disco: “Love Train” by The O’Jays
Most fans of Whit Stillman’s 1998 comedy of manners The Last Days of Disco will probably agree that the film has one of the most clever and infectious pop soundtracks of the past 20 years. It is primarily made up of the cyclical playlist at the club of choice for Stillman’s cast of confused and libidinous young professionals—the center of their “group social life.” A steady stream of smooth-as-butter soul, disco, boogie, and rocksteady tunes enhance the film’s best comedic moments. For instance, there’s the extensive argument about the sordid gender coding of Lady And The Tramp during Chic’s “Everybody Dance” (“…smooth talking delinquents from the local pound are a good match for girls from sheltered homes”), and Chloë Sevigny’s Alice comes on to Robert Sean Leonard’s Tom by praising his Scrooge McDuck comic book collection to the sounds of “More, More, More (Part 1).” But the film’s most triumphant musical moment comes during the film’s closing credits. The titles roll over a dreamlike dance sequence in a subway car led by Alice and love interest Josh (Matt Keeslar), as they careen into a dark tunnel past the Church Ave. stop. As they pass it, the platform becomes a disco in itself. By the end of the film, the clique’s beloved club has closed, and “the bottom has fallen out of” disco record sales, but one of Keeslar’s beloved “uptempo Philadelphia international hit[s]”, “Love Train,” is the perfect accompaniment to this stylized vision of our heroes dancing into the great unknown of their 30s.