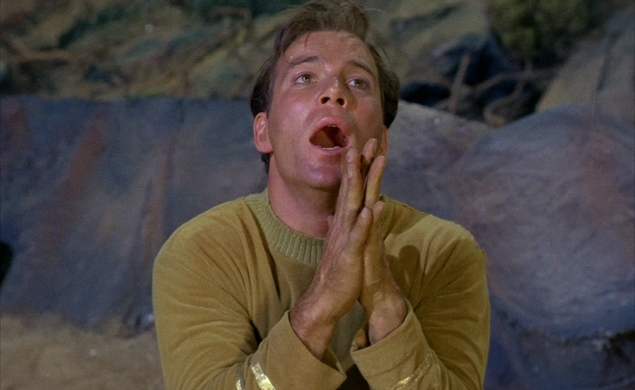 Yesterday, rumors that William Shatner may appear in Star Trek 3 hit warp factor 9 on the Internet, after a report on Badass Digest that writer/director Roberto Orci’s script for the film included a “plot-driven and integral” supporting role for the original Captain Kirk. Since then, both Shatner and Orci have armed their shields to deflect these reports. First, here’s what Shatner tweeted:

Let's talk ST. I don't know anything about the current gossip. Nobody has contacted me. Right now it's just rhetoric to cause hype.

Orci left his remarks in the comments section of TrekMovie.com. His words:

“Not in my interest to confirm or deny anything because it limits my options while maintaining my integrity as a truth teller. The movie is not the movie till it is in the theater. Until then, everything is a rumor.”

Both responses are classic non-denial denials. Shatner hasn’t heard anything yet—but he didn’t write the script, which could easily have a part for him. And Orci won’t say one way or another because it could damage his “integrity as a truth teller” (even though confirming or denying the rumor would seemingly constitute telling the truth). My completely unsourced personal opinion: There is a William Shatner cameo in the script as it stands now, but there was also a William Shatner cameo in the original Star Trek (2009) script at this point in its pre-production, and that eventually got cut out. The same could happen here. Orci doesn’t want to write checks his film (or its budget) can’t cash.