Out Of The Past: Pedro Almodóvar was born on this date in 1949 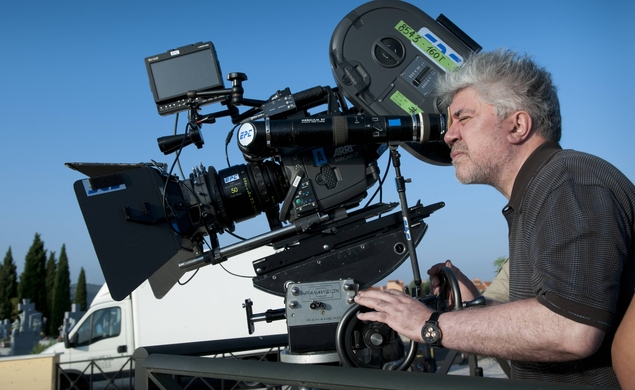 Pedro Almodóvar grew up poor in the repressive environment of Francisco Franco’s Spain—not the most likely environment for a future master filmmaker, especially one born in a town without a movie theater. Almodóvar didn’t let that get in his way, however, moving to Madrid and teaching himself how to make films in his downtime, starting with some underground shorts in the 1970s. It’s always trick to read too much of creators’ biographies into their work, yet it’s hard not to see Almodóvar’s films as a pendulum swing away from his origins. Though the tone and style of his films have changed over the years, Almodóvar has consistently filled his frames with color and detail and his scenes with vibrant characters of all sexual orientations. To watch them is to see the miles he’s traveled in his own lifetime.

There’s no wrong place to jump into the Almodóvar, and there’s no mistaking his films for anyone else’s. His early films are giddy in their transgressiveness, his middle films bring in sophisticated plotting and, apart from last year’s I’m So Excited!, there’s been a steady march toward seriousness in his work. His 1988 breakthrough Women On The Verge Of A Nervous Breakdown remains his most instantly winning film, but it’s a trio of films made in the late ’90s and early ’00s that are starting to look like his masterpieces: All About My Mother, Talk To Her, and Bad Education, rich, rewarding efforts that mix what Almodóvar has learned from lifetime of watching movies with a growing ability to create emotionally resonant stories.

Here’s Almodóvar explaining how frustration drives him in 2012: