Jeremy Renner isn’t dying for a Hawkeye movie, but he might be in Captain America 3 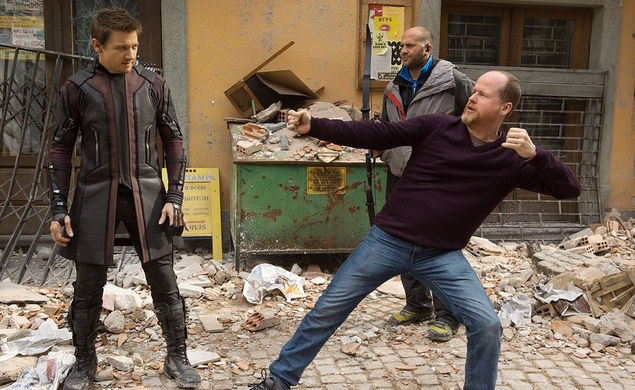 The Avengers was a pretty great comic-book movie, but along the way to making one of the biggest hits of all time, concessions and edits had to be made to cram in all those characters and subplots. One of the biggest casualties of Joss Whedon’s rewriting and editing process was Jeremy Renner’s Hawkeye, who, in the finished film, is mostly just a brainwashed bad guy and henchman of Loki. It’s not until the final battle that he gets to do much of anything heroic, and even then he’s basically a non-character, just a guy who shoots arrows and looks like Jeremy Renner.

Supposedly, a lot of the stuff that Whedon initially planned for Hawkeye has made its way into next summer’s Avengers: Age Of Ultron. Discussing that film and others with MTV, Renner was asked whether, given his somewhat unsatisfying experience in the Marvel Cinematic Universe so far, he’d be up for starring in his own solo Hawkeye movie. This is what he had to say:

“I’m happy to be [in] the ensemble. I’m not scratching or clawing to do a solo movie by any means. I think he’s a utility guy that can bounce around into other people’s universes a little bit, especially like Cap 3.”

And then Renner literally winked at the camera like a cartoon character (go watch the video to see for yourself).

So there are two obvious takeaways: Renner isn’t particularly interested in his own Hawkeye movie and he is almost definitely going to pop up as Hawkeye in Captain America 3, which is due in 2016. The latter news has been rumored for a while, but Renner’s wink all but confirms it (at least until someone Joss Whedons him out of the script). The details about a Hawkeye movie are probably not too mind-blowing either; Hawkeye has always been more of a supporting character in comics than a leading man (although he has in recent years been the star of an outstanding and highly recommended series written by Matt Fraction). But who knows? Maybe Avengers 2 and then Cap 3 will give Renner the juicy supporting role he wanted out of the first Avengers, and if so, audiences could start clammoring for a movie starring everyone’s favorite easily brainwashed archer.