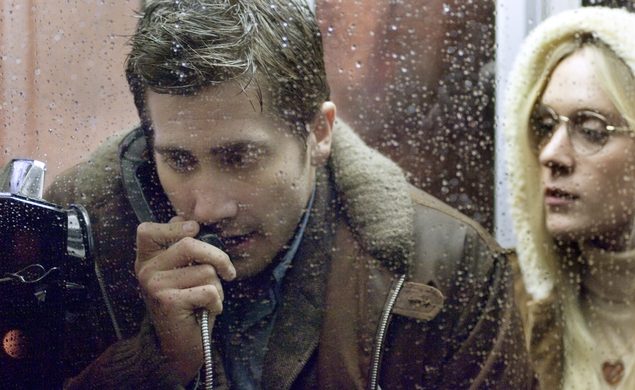 Mr. Mellow Yellow never sounded so sinister. Donovan's trippy ’68 hit plays subtly throughout the film’s matter-of-fact opening first murder, low and muffled as it blares in the background as two teenagers (played by Ciara Hughes and Lee Norris) idle in a secluded lover’s lane. At first the musical choice sounds like a well-placed period detail in a film full of them. It’s just what’s playing on the radio. But the volume increases as the tension mounts; when the first bullet flies, the song explodes from incidental music into full-blast soundtrack, then fades out as Donovan sings, “Here comes the Roly Poly Man, he’s singing songs of love.” The song exposes a dark current clouding sunny California culture in the 1960s, especially considering the scene is set eight months before the LaBianca murders made Charles Manson notorious. The Zodiac Killer, however, was never caught, and “Hurdy Gurdy Man” implids he may have been a supernatural entity all along, a force conjured by our collective fears.

To read Zoe Camp on Cruel Intentions and The Verve's "Bittersweet Symphony," visit Pitchfork's The Pitch.